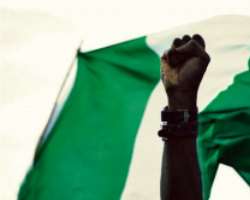 There is no social institution with so much influence on the lives of Nigerians than religion. Wherever one turns in southern Nigeria, churches overwhelm the landscape. In particular, the ever-growing Pentecostal churches have taken over most available spaces—industrial buildings, residential areas, market places, hospitals, and educational institutions. Many Nigerian authors have written on the growing influence of Pentecostal pastors within the Nigerian political space and globally. However, Pentecostal preachers and their leadership abhor change. I mean the change that will liberate the mind of the mass of their followers; the majority of whom are poor. They prefer passive followers. This is why Pentecostal followers need to break the over-bearing influence. These Pentecostal pastors use psychology to dupe the vulnerable church members who flock the worship centers in search of solutions to their problems. Yet, those destroying Nigeria are both Muslims and Christians: the corrupt big men and women are friends of these high profile General Overseers who “seemingly” lack the courage to speak truth to power. They live in opulence while the community of paupers in their churches continues to grow. They allow their pulpits to be mounted by questionable leaders and even oblige them to read verses of the Bible. To them, leaders are made by God and any challenge to this is sacrilegious. They have so much to gain by supporting those in power than saying the truth and putting the devil to shame as the Bible counsels. In his valedictory lecture entitled Nigeria: positive pessimism and Negative Optimism, Emeritus Professor J.A.A Ayoade averred that 'religion has come in handy as an instrument of citizen control when it is clear that the leaders lack authentic life and spiritual integrity'. I am tempted to add that we need to also question the spiritual integrity of the so-called 'men of God'. We should not forget so soon the role played by prominent General Overseers in the 'guided lie' and their role in the 'conspiracy of silence' when the nation was on the brink during the Yar'Adua presidency.

Recall the roles played by these so-called 'men of God' during the 2015 general elections aptly described by Professor Ebenezer Obadare as 'electoral theologies'. We saw 'men of God' endorsing and decamping in their thoughts to where they felt their future is best secured but preaching 'seek ye first the kingdom of God and all other things shall be added unto thee' to the masses. The church was enmeshed in the controversy of collecting money for endorsements. Even, the later decampee, Reverend Father Ejike Mbaka, was with the camp of former president Goodluck Jonathan before siding Muhammadu Buhari. He has been invited to Aso-rock and urged the nation to patiently wait for the change. Others who have lost out in the power game are now in the peace committee. Their followers must begin to SEE and not LOOK.

Let me recall an experience in a Redeemed Christian church of God located very close to the Premier University in Ibadan. It was a Sunday Service in 2013 and the strike embarked upon by the Academic Staff Union of Universities (ASUU) had entered the fourth month. ASUU was forced to use the strike as a last resort after failed attempts to make the government implement agreement signed with it. The Redeemed pastor was worried that the building project of the church had not progressed that much because the contributions of the congregation had dwindled. He queried why people will chose to live in duplexes and allow the house of God to be 'uncompleted'. He asked those who lived in their own houses to stand up in a church of about 250 worshippers. Less than 10 persons stood up!. He exclaimed at the figure and said 'no wonder'. He looked at the population in church and realized there were empty seats. He was informed that University students had been home due to the strike. Pushed by the stupidity of flesh over that of 'informed spirit', the pastor said he had been informed by God that if ASUU did not call-off their strike within two weeks, they would do so with shame. Of course, the strike did not end shamefully. It saw universities getting N200bilion from the Jonathan administration that year.

As Religion was a major weapon in the colonial era, the spiritual colonization of souls is overwhelming in Nigeria at this time. The poor in the church do the menial works for God while the rich get recognized by the leadership. The poor reproduces poverty in the church and cannot send their children to the educational institutions owned by these churches, which their offerings built. They challenge no sayings of the pastors thinking everything vomited is spiritual. The spiritual colonization has reached the point that church members take everything (sex, family, work, relationship, etc) to their 'pastors'. A married woman once asked for public advice. Her husband wanted her to put on sexy cloths and wear G-string pants. She took the case to her pastor for counseling. According to her, the pastor told her that it was evil to wear such pants. She has lost her home due to the priestly counsel. She is now looking for solutions in the social rather than in spiritual domain.

With a docile government, churches now occupy residential flats, mount their loud speakers and make noise that affects the health of non-members. Within their ranks are endemic conflicts. Smaller pastors fight within a mega church and break-away to establish their own ministry claiming God 'spoke' to them to do so. Others lobby or fight to be posted to “juicy parishes”. They blossom amidst poverty of mind and body of the masses and make millions at their expense. They are quick to quote 'touch not my anointed' when people speak about them. Can they help empower the poor? What are these churches doing about unemployment, rape, marital infidelity among other social problems within it? How has church growth translated to the development of the downtrodden who are the majority of their parishoners? How do the 'Daddy G.Os' preach against stealing and treat their members who steal the commonwealth of Nigerians in Banks, Government, industries and send some to the churches? The corrupt even have a place in the Christendom; they even get anointed as deacons and deaconesses! We cannot forget the identities of those who ruined the Banks, their churches and what they did in those churches with stolen monies. These Churches contribute to corruption as people compete to beat one another to make the lion donation during project fund-raising. Preaching afterlife happiness to the poor while the few big men enjoy everything on earth is deceitful. The key to this liberation is for the followers to be conscious of this illusion. Karl Marx had opined that “Man makes religion, religion does not make man. Religion is, indeed, the self-consciousness and self-esteem of man who has either not yet won through to himself, or has already lost himself again.” Let us emancipate ourselves from spiritual colonialism. As a line in the University of Ibadan Anthem reads, “a mind that knows is a mind that is truly free”.