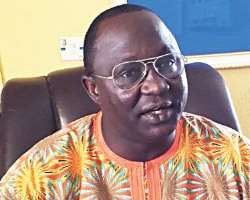 At the end of an emergency meeting of its Central Working Committee (CWC) that comprise all the Presidents and General Secretaries of its industrial affiliates in Abuja, the President of Congress, Ayuba Wabba, said 45% upward increment will further pauperise the working class.

He added: 'A 45% increase in tariff at this point in time wit the challenges in the economy, which have adversely reduced the purchasing power of ordinary Nigerians and slowed down businesses, including manufacturing, is not justiciable. The distribution companies have continued to exploit Nigerians by estimated billing systems for the majority of consumers, while deliberately refusing to make pre-paid metres available. It is clear therefore that the 45% tariff increase in an additional heavy burden on consumers and will have a telling effect on business especially manufacturing. The CWC therefore resolve to reject the tariff increase and demand that pre-paid metres be made available free of charge to all consumers.'

He added: 'We applaud the move to recruit more teachers. This will reduce unemployment in the country but we are yet to study the details of the budget proposals. The emergency CWC meeting also said it would reject any attempt by the government to increase the pump price of petrol by what name it is called. If petrol costs about N18 per liter in an oil producing country like Algeria, why should we be buying petrol at N87 per liter in Nigeria? Nigerians should benefit from the low price of oil in the international market. The long lasting solution is to refine our oil in the country. NLC will participate in any talk that is aimed at achieving such feat. It is possible for government to build new modular refineries within 18 months and this has been done by Niger Republic that is very close to us.'

Click here for details
He stressed that NLC state councils have been given the marching orders to ensure that every state government pays minimum wage.

Wabba, who berated the proposed re-installation toll gates by the Federal Government, said the toll gates did not achieved the purpose they were meant to achieve when they were still in operation and wondered why government thinks their r-introduction would not repeat the same experience.

He urged the Federal Government to device innovative means of raising funds for the restoration of social infrastructure in the country.