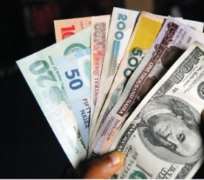 By Henry Boyo
In March 2015, the News Agency of Nigeria (NAN) published a report, which was also syndicated in several Newspapers, that the All Progressives Congress Presidential candidate, Gen. Muhammed Buhari had promised 'to ensure that the Naira was equal to the dollar in value, if voted into office'.

ï¿¼Buhari made this statement during the South East Presidential campaign rally of his party at the Dan Anyiam stadium in Owerri on Monday, 23rd March 2015. The APC candidate apparently lamented that 'it is sad that the value of the Naira has dropped to more than N230 to $1' and he therefore cautioned that 'this does not speak well for the Nation's economy'.

Furthermore, Buhari also assured his vibrant, traditionally mercantilist audience, that 'corruption would be tackled headlong' if he became President and therefore urged the large crowd of supporters from Abia, Ebonyi, Anambra,  Enugu and Imo states, who attended the rally to vote for APC.

Our peoples' ardent desire for change and the expectation that Buhari would tame the monster of corruption and also strengthen the Naira, as  he had promised, ultimately swept the retired General back into office as President. Buhari's resolve to tackle corruption headlong, is probably evident in the apparent renewed vigor of the Economic and Financial Crimes Commission(EFCC) and the plethora of both old and new case files which are reportedly being processed.

Expectedly, the outrageous media revelations of grand theft have induced public perception that the new Sheriff will arrest the pervading impunity in governance and the brazen misapplication of public funds. It is probably too early, after barely eight months, to expect convictions and other appropriate penalties that would convince Nigerians that Buhari is actually the real deal and that he would deliver on his campaign promise with regards to corruption.

Instructively, however, Buhari may have also realised that unless the usual often protracted judicial process for the prosecution of financial crimes is promptly, radically reformed, some of  the heavy weight corruption cases the EFCC is currently handling may sadly take forever to conclude.

Indeed, even if popular expectation still remains upbeat that corruption will become minimal and that indicted treasury looters will receive appropriate punishment, there is, certainly still no glimpse of hope that Buhari's promise of making Naira equal in value to the dollar will materialise.

In this event, the Naira will remain increasingly rejected as a safe store of value, while an obviously bloated dollar demand will persistently burst the ranks of the official Naira exchange rate; for example, the wide margin of over N70/dollar which now exists between official and parallel Naira exchange rates, in the money market, would invariably also promote rent seeking and distort resource allocation with adverse consequences on inclusive growth and job creation.

Expectedly, the knee jerk reactions of CBN's monetary strategies have turned out to be counter-productive to the dwindling Naira exchange rate. It is ironical that the same Buhari who condemned an exchange rate of N230=$1 in Owerri in March this year, has curiously, remained mute on the dismal fate of the Naira which currently trades officially at N197=$1 when the parallel market, in December 2015, simultaneously parades rates which exceed N265=$1, with still no respite in sight, in an economy that is presently, clearly unraveling and awash with surplus Naira.

In the above event, some critics may conclude that Buhari's Naira lamentation during the campaign trail was probably just crocodile tears to win critical electoral votes that would bring victory to his party and also return him to power. Some observers may however, suggest that Mohamed Buhari probably did not fully understand the economic dynamics that predicate the Naira's exchange rate mechanism, when he made the campaign promise to reinvent  a rate of N1=$1! Nonetheless, party stalwarts would claim, in defense of their principal, that no one outside the previous government could have  foreseen the depth of dysfunctionality in the economy before PMB took over.

What is presently clear however, is that, Buhari's administration obviously has no viable solution that would arrest the slide in naira exchange rate or even reduce the widening gap between official and parallel market exchange rates.

However, the current crash in crude prices and the need to fund the projected N2Trillion 2016 budget deficit, in addition to servicing an already discomfortingly heavy debt burden with the related oppressive rates, and with the intense pressure from local as well as international financial and banking moguls to further devalue the Naira, Buhari will become increasingly pressurised and may capitulate and further devalue an already beleaguered Naira by at least 25%, to exchange above N250=$1.

Clearly, such devaluation will inevitably further fuel the already oppressive, prevailing double digit inflation rate and invariably sadly aggravate mass poverty. Instructively, also, even though, crude oil price has crashed below $35/barrel to induce fuel prices below N90/litre without subsidy, nevertheless, if the Naira officially exchanges above N250=$1, the pump price of fuel will spike well above N130/litre and extinguish any hope that Buhari's government will ever be able to abolish the contentious humongous annual subsidy  values on petrol.

Indeed, the recent supplementary budget of well over N500bn to liquidate outstanding subsidy debts to marketers may have alarmed everyone who expected the 'Honest one' to frontally confront and eliminate the popularly alleged subsidy fraud which has reportedly drained our Treasury of over $35bn between 2010-14.

Nonetheless, in the light of PMB's exemplary integrity rating, it is unlikely that he deliberately set out to deceive Nigerians, when he promised to 'ensure that the Naira was equal to the dollar in value if he was voted into office'. Instructively, however, so long as the market dynamics of eternally surplus Naira and auctions of dollar rations subsists, it would be hopeless to expect that the Naira slide will be reversed .

Conversely, if the CBN does not devise other means for instigating excess Naira liquidity in the money market, the adoption of dollar warrants for allocations of dollar denominated incomes will steadily bring down the dollar rate below N100=$1 before December 2016.

Indeed, if the Naira appreciates to N100=$1, it would also become advisable to redefine the Naira profile by redecimalizing the domestic currency with two decimal points so that N100 becomes N1. Thus, a new currency profile with more valuable primary kobo coin denominations will become available to promote competitive pricing of goods and services.

In addition, if N1=$1, the highest Naira denomination would be N50 note which would be the equivalent of $50 rather than the current N1,000=$5 with the attendant problems of hygiene, and portability which discourage public acceptance, particularly for lower denomination notes and the unwieldy primary coins which have abysmally infinitesimal values.

SAVE THE NAIRA! SAVE NIGERIANS!!