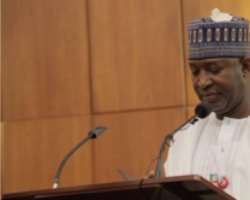 He added that the ministry had also ordered thorough investigation to ascertain the cause of the breach, as well as why the airline brought in passengers without their luggage.

The suspended officials, according to him, are the Airport Manager, Terminal Manager and Head of Airport Security, who were ordered to handover to their next in rank pending the conclusion of the investigation.

The minister said the explanation by the officials of the airport that the security personnel on duty were overpowered was not acceptable, ordering for thorough investigation into the incident.

He stated that the actions of the passengers by forcing their ways into the tarmac and blocked the aircraft from taking off was a security breach which must not be condoned.

“We have ordered for the investigation into the matter immediately and all the people that are manning the various places; Airport Manager, Terminal Manager and Head of Security, should handover to the next man in rank pending the outcome of the investigation.

Sirika said the ministry was yet to get the flight manifest to be able to ascertain the number of passengers involved. He said the passengers got agitated and apparently got access into the prohibited area because there was security lapse.

Earlier, Mr Bashir Hausawa, Acting Head of Security, explained to the minister that the security personnel were overpowered by the angry passengers over the non-arrival of their luggage.

Hausawa added that the shortage of manpower was responsible for the incident, adding that there was only one man manning luggage area of the airport during the incident.