Who Is To Blame For The Dwindling Fortunes Of The Naira? 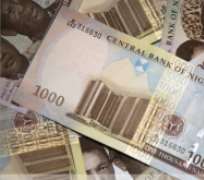 It is no longer news that the Naira has depreciated in value in the recent weeks. This is the widest gap between the free market value and the Central bank of Nigeria's rate in the history of the nation. Who exactly is to blame for the abysmal performance of the naira?

The recent depreciation in the value of the naira is largely linked to the fall in the price of crude. The price is largely determined by the forces of demand and supply. The demand for crude has declined globally. The United States of America have become the largest producers of crude oil hence cutting down on the need to import crude to supplement its domestic needs. Since the US market shut its doors to Nigerian crude, the Asian market has been our best bet. That has been recently threatened by the Russians proposal to supply India, one of our major patronisers, with ten million tons of crude oil in the next ten years. The coming back of the Iranians to the business will only drive oversupply. They have close to Forty million barrels of oil stored in offshore tanks which are for sale in 2016.The failure of OPEC to stabilise the market is largely seen as a major factor affecting oil prices. Saudi Arabia and its Gulf allies are not willing to cut down production to reduce supply. They are sceptical about losing their market share and indirectly benefitting their competitors. There is a perceived conspiracy theory with political undertone to it. A reduction in the supply of crude by Saudi Arabia to the world market and subsequent resumption of oil imports by the United States of America could see it benefit Russia and Iran which are their perceived 'enemies'. The availability and increased investment in alternative sources of fuel cannot be ruled out. Increased shale oil production and a general shift to renewable energy lend credence to this. These factors have significantly resulted in the fall in oil prices witnessed recently. These are what we have no control over as a nation.

As a nation, our demand for the dollar is absurd. We import virtually everything (despite our vast natural resources) and export little. Since the price of exports has risen by a smaller rate than that of our imports, the Naira has decreased in relation to its trading partner's currency. Heightened demand for the dollar has increased its price since our main source of foreign exchange (crude oil sales) is not yielding much as before.

The recent move by the Central bank of Nigeria to ban import of basic commodities are worthy of note. However, these are temporary measures which are already fighting back. The Federal Government as a matter of urgency need to be more proactive at this time of dwindling resources. The government has to be policy driven. Governance is a continuum and well-thought-after policies should transcend from one government to another. The administrative gap between the last administration and the current one left a detriment effect on the economy which resulted in the economic slowdown we are currently experiencing. The federal government cannot control oil prices nor influence its demand. However, her swift response in times of crisis can counter any negative effect envisaged. The move to curb the 'dollarization' of the economy is not a bad one in its entirety. However, we should holistically look at the factors that necessitated the need to trade with foreign currencies in Nigeria in the first place. Recent moves to revamp the existing refineries and build modular refineries are good steps in the right direction. The ongoing reforms in the oil sector would definitely pay off in the long run as long as the tempo is sustained. It will always be cheaper to refine our own crude. Saudi Arabia refines their crude at a cost price of $5 to $6 dollars a barrel. Refining our own crude oil will also free Nigerians from the stronghold of oil marketers who hold us to ransom at the slightest opportunity. It is within our power as a nation to be a manufacturing based economy. You cannot continue to import every raw material and remain competitive globally. Self-sustainable nations usually get it right when it comes to agriculture. Feeding ourselves alone will save us millions of dollars annually which we use to import items like rice. The private sector has a part to play but that is largely dependent on the government creating an enabling environment. Meeting the power and infrastructural needs of the private sector will significantly reduce the cost price of goods and services available to the Nigerian people.

With the current oil price below $40 a barrel and with the International Monetary Fund projections of $20 for 2016, it is imperative we diversify the economy to keep afloat. More money will be available for meaningful development and ultimately the standard of living of the average Nigerian will improve.