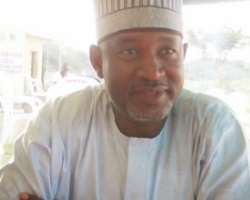 Three officials of Nnamdi Azikwe  International airport Abuja have been suspended on the orders of the minister of state for Aviation, Senator Hadi Sirika.

They were suspended over the recent incident involving Turkish Airlines.

He added that the Ministry had also ordered thorough investigation to ascertain the cause of the breach, as well as why the airlines  brought in passengers without their luggage.

The suspended officials according to him are the Airport Manager, Terminal Manager and Head of Airport Security who were ordered to handover to their next in rank pending the conclusion of the investigation.

Sirika said the explanation by the officials of the airport that the security personnel on duty were overpowered was not acceptable, ordering  a thorough investigation into the incident.

He stated that the actions of the passengers  who forced  their ways into the tarmac and blocked the aircraft from taking off was a security breach which must not be condoned.

“We have ordered (an)  investigation into the matter immediately and all the people that are manning the various places, Airport Manager, Terminal Manager and Head of Security should handover the next man in rank pending the outcome of the investigation.

Sirika said the ministry was yet get the flight manifest to be able to ascertain the number of passengers involved which he added were many in number.

According to him, they got agitated and apparently they got access into the prohibited area because there was security lapse.

The minister stated that the nation's aviation sector had the capacity to grow, adding that it was already showing signal that it could tremendously contribute to the country's Gross Domestic Product (GDP).

According to him, aviation is carrying by value, 31 per cent of the world cargo which make it a very important industry as the fastest means of transportation more efficiently.

“With specific to Nigeria, you could see how we grew from Kano Airport where the first plane landed in the country to about 22 Federal Government owned airports plus several other private owned airports.

“On the whole, aviation I can say has grown to an appreciable level in the country and it has the capacity to grow more which is important to the economy of the country,'' he said.

Sirika added that the country also had good manpower such as pilots and engineers to move the industry forward.

He disclosed that the government was determined to deliver a more vibrant and efficient aviation sector in 2016 by making safety, security and efficiency its watch word with regards to transportation.

According to the minister, once you are safe and secured in the industry, you have nearly achieved 100 per cent of what you are meant to achieve.

“It is not about the beauty of the airports or planting flowers or other vanities, it is about safety, security and efficiency as far as aviation is concerned,'' he said.

Earlier, Mr Bashir Hausawa, Acting Head of Security, explained to the minister that the security personnel were overpowered by the angry passengers over the non-arrival of their luggage.

Hausawa added that the shortage of manpower was responsible for the incident, adding that there was only one man manning luggage area of the airport during the incident.