Finally, The World Woke Up 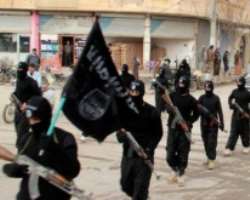 The world woke up on Friday December 18 to the calamity that is the proxy war in Syria. The war began four years ago. Over 250,000 killed. Cities destroyed, 7.6 million, internally displaced. Over four million are refugees with an increasing number pushing into Europe. Most of the refugees are children; too young to have started the bloody conflict, but not too young to be victims of the senseless war.

The popular fiction of what triggered the war, is laughable; on the back of the Arab Spring, there was a protest in Syria; the high handedness of the Syrian security forces triggered the war. If it were a mere protest, how come within weeks, heavily armed fighters were pinning down the Syrian armed forces, taking and holding territories? This is still the kindergarten rhyme parroted in leading world newspapers. The fact that “protesters” like the al-Nusra and Islamic Front (ISIS) had previously been trained long before the 'protests' does not usually make the headlines.

There are a number of reasons why the 'international community' sat down under the United Nations Security Council and agreed on a Road Map to peace in Syria. I am not sure the human tragedy was a strong enough motivating force. Rather, the fact that the Syrian refugees have entered Europe in large numbers threatening its demography; the forceful and decisive entry of Russia in October 2015 and the possible collision between the latter and the North Atlantic Treaty Organisation (NATO) forces which can spiral out of control, are some of the main factors.

The Road Map; UN Resolution 2254 is simple and straight forward. It provides for UN – facilitated talks between the government and opposition as early as next month; January, 2016. The talks is to agree on the outline of a nationwide ceasefire. The road from this is expected to lead to “credible, inclusive and non-sectarian governance” in six months, then the production of a new constitution which should lead to free and fair elections. This journey is planned to last about two years.

The intention is salutary, and the wording great. Given the fact that the war is part of the wider Sunni-Shiite global battle fuelled by the Christian-dominated Euro-American alliance, the idea of a process which is inclusive of the minorities, especially Christians, and which is not along the sectional divide led by Saudi Arabia and Iran, is the best road to take.

But among the fifteen nations that endorsed the Road Map are its grave diggers; whereas the UN Resolution 2254 states that the Syrian people will decide the future of Syria, some nations are imposing conditions.

France declares that the peace talks have to be hinged on the removal of President Bashir al-Assad. Its Foreign Minister, Laurent Fabius argues “How could this man unite a people that he has in part massacred? The idea that he could once again stand for elections is unacceptable to us.” The French thought that Assad should simply have handed over Syria to ISIS and walked away. For standing and fighting, he is a 'mass murderer'. Does it matter whether the idea of Assad contesting elections is acceptable or not to the French? Are they Syrians; do they have the vote in Damascus.

Of course David Cameroon's Britain has its own reasons why the Peace plan must fail. Its Foreign Secretary, Philip Hammond rules “This process necessarily involves the departure of Bashar al-Assad, not only for moral reasons because of the destruction that he has unleashed on his own people, but also for practical reasons – because it will never be possible to bring peace and unity to Syria as long as he remains in office”

The Road Map does not make the removal of the Syrian government a pre-condition. Pray, what morals can Britain, which under Tony Blair lied to destroy Iraq, teach? The same Britain that helped to establish ISIS which is eating up the world; what morals can it teach? The same morals of land grab, deception, duplicity, naked exploitation and mass murders that characterized its bloody history of colonialism? Give me a break!

Of course a British position cannot be complete without its legendary duplicity. Hammon tells the world “But we must and will protect the institutions that are necessary for the future governance of Syria and that will be possible with a representative transitional governing body.” What institutions are left to be protected in Syria; the armed forces, civil service, political, religious?

To be sure, the Americans are in this peace derailment work gang. Secretary of state, John Kerry announces magisterially, “If the war is to end, it is imperative that the Syrian people have to agree on an alternative” to the Syrian government. First, who appointed Kerry the spokesperson of the Syrian people? If the UN Resolution says Syrians must determine their future, how does Kerry arrogate that power to himself or his country?

The Americans argue that Assad can no longer remain Syrian President because he “bombed his people” If there is a civil war in US who will the government be bombing? In the American Civil war, who was President Abraham Lincoln bombing? Nigerians or Japanese?

If so called protesters seize New York and New Jersey by force of arms and move towards Baltimore, Washington and Maryland seizing territory and declaring a different Republic, will President Barack Obama simply pack his baggage and move to resettle in Kenya?

As President and Commander-in-Chief, will he not order the American armed forces to retake lost territory. Will Americans not be killed or bombed in the process?

What are these countries afraid of? That in a free and fair election supervised by the UN, Assad, like Charles Taylor in Liberia, might sweep the polls? When they argue that the previous elections won by Assad were flawed; assuming this were the case, are they not better than Saudi Arabia, the main ally of the West ruled by an unelected monarchy that reject women and minority rights?

The peace process will lead to war mongers losing their battle field puppets and arms. But if that be the will of Syrians, so be it.