Dasukigate: Whither The Offence Of Cbn? 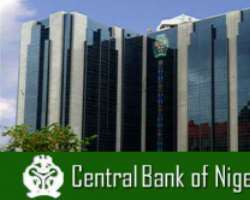 Amid new discoveries by the Economic and Financial Crimes Commission (EFCC) in the on-going probe of $2 billion arms procurement scandal, otherwise called Dansukigate, the role of Central Bank of Nigeria (CBN) in the disbursement of monies has come under different attacks.

Without prejudice to the trials, the condemnation trailing the apex bank has been described in some quarters as miscarriage of focus. This is aptly so as the indictment goes outside the main issue, which is alleged gross mismanagement and outright stealing of the funds that it legitimately dispersed.

The CBN, in releasing funds to Office of the National Security Adviser (ONSA), could be said to have acted under its statutory responsibility as a banker of banks and government. In any banking transaction, what is required to effect movement of monies is the mandate of the account holder; in this case the presidency. In a layman's perspective, the issuing authority cannot be bordered about how monies disbursed are spent, as long as it had the backing of the account owner.

In the circumstance, the Federal Government which has the mandate of withdrawal was not structurally by-passed in the exercise. In other words, the CBN did not act on its volition in distributing monies to ONSA, as the needed approvals were substantially induced by the presidency. Therefore, my considered opinion is that dragging the CBN into the malaise in the current tempo seems inappropriate.

Public Affairs analyst Wisdom Adebola posits that “if anyone is to blame for the monumental wastage that trails the arms procurement, it should be the former President Goodluck Jonathan and his Finance Minister, Ngozi Okonjo-Iweala on one hand, and the embattled NSA Sabo Dasuki on the other.” He noted that the desperation to win the presidential election was architecturally the driving force in the arms gate, which may have blinded the dramatis personae into “acts allegedly inimical to due process, accountability and transparency.”

It is worrisome that President Muhammadu Buhari, has been inundated with calls to sack the CBN Governor, Godwin Emefiele. Making such call, Barrister Okoi Obono-Obla, blamed the governor of “corruption, abuse of office and incompetence.” He blamed the culpability of Emefiele on the allegations by a former Director of Finance in ONSA Shuaibu Salisu, who confessed to the withdrawal of the sum of $47million from the CBN vault, which he reportedly delivered to Dasuki. The former NSA's claim is that he had the President's approval for the withdrawal. If the angle of Okonjo-Iweala is perused, the CBN should be absolved of much complicity. This is premised on the proviso that it dealt with its employer, who holds the mandate of all financial transactions, and acted in manners that all past CBN Governors have related to their employers; the federal government.

Public Affairs analyst, Barrister Livi Olasunkanmi, said the explanation given by the CBN is “tenable to the extent of demanding and obtaining necessary information and mandatory approvals.” For instance, in requesting for these monies, it was explained that part of the transactions letter, signed by CBN Director, Banking and Payments System Department, mandated the release of funds as requested and duly approved by the presidency. According to the claims, this was done “in accordance with the authorizing letters to that effect, administered under “Reference Number HMF/FMF/082.F15276.7 and F.15276 respectively.”

As part of the compliance process, the CBN demanded in its memo which reads: “We forward herewith the following mandate for authentication. Mandate Ref. FD/LP (9/4/2015) -N5, 000,000,000 to National Security Adviser Account No. 0029172241019, CBN; another N5, 000,000,000 to National Security Adviser Account No. 1014199287, Zenith Bank, K-City Plaza, Wuse II Abuja.” If there is any due process that was not followed for which the CBN has come under attack, the blame should be situated more appropriately within the corridors of those already undergoing trial, while leaving out the CBN, whose involvement was the discharge of its professional responsibility.

This is not the first time that a CBN Governor would be releasing monies to ONSA or to the President or Head of State, as the case may be. It happened with reckless abandon during the era of the late maximum ruler, Gen. Sani Abacha, and indeed in nearly all previous regimes without arousing any reactions. I recall reading that former CBN Governor and now Emir of Kano Sanusi Lamido Sanusi, released monies to the same office of NSA and the police, without the effrontery to either question or refuse the presidential order, despite his acclaimed fearless disposition. If disbursement of funds by the CBN has become such a grave offence, similar past actions ought to have been roundly investigated and punished.

Could it not therefore be said that the CBN acted professionally, especially against the backdrop that the purpose of payment was stated, which documents in public purview explained was, “being amount released to the Office of National Security Adviser (ONSA) from the Signatory Bonus Account in preparation for the forthcoming Gubernatorial / State Assembly elections as approved by the Attorney-General of the Federation (AGF).”

If there is anything that the CBN did not do well, the focus should be on the Jonathan administration on whose table the buck stopped while it lasted. This comes against the 'no answers, no apology' stance of Okonjo-Iweala, while responding to how the Abacha loot was spent. In a recent statement by her Media Adviser, Mr. Paul Nwabuikwu, the former minister insisted that she secured the approval of ex-President Jonathan before the funds were transferred. She also added that the said approval was consequent upon the recommendation of a committee set-up by the president to advise the administration on the way forward.

The ex-minister had further admitted that she personally requested that part of the recovered Abacha loot be deployed for security operations and other developmental purposes. Under the circumstance, we should be concerned with whether the NSA used the funds as stated, which the essence of the on-going trial is.

It is obvious that the CBN could not have in all these, acted outside its jurisdiction of being a banker to government and honouring requests so mandated. Either way, Nigerians are waiting to see how the current trials would unmask the mystery behind the Dasukigate.