The Role Of State Governors In Prison Decongestion 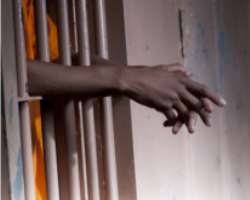 There is no doubt that the Nigerian Prisons are among the most congested prisons in the world. From the Maximum Security Prisons to the Female Prison, the story is the same! And from the records available, there is no state in the federation that does not have a prison formation; whether it is the Maximum Security Prison, Medium Security Prison, Satellite Prison, Borstal Institution for Juveniles, Farm Centre, Open Prison Camp and Female Prison, every state of the federation including the Federal Capital Territory has a share of the 240 prisons holding facilities across the nation.

However, the horrifying state of our prison was exposed recently when the Minister of Interior, Retired Lieutenant-General Abdurrahman Bellow Dambazau CFR visited the New Keffi Prisons where Governor Tanko Umaru Almakura of Nasarawa State paid the fines of 78 prison inmates for them to regain their freedom. For the records, the Keffi Prison was built in 2009 with a carrying capacity of 160 inmates. But, due to what some would describe as ‘Nigerian factor’ the prison currently has 586 inmates scrabbling for available space. The fact is that even animals cannot live in such a debilitating environment let alone human beings! This was why the Minister called on other state governors to emulate the Nasarawa State helmsman by helping to pay the fines of some of the inmates who have being convicted by the court. His words: ”There are quite a number of these inmates who do not have the ability to pay their fines. It does not make any economic or logistic sense to continue to keep them here and also feeding them just because they cannot pay the meagre fines given to them as options… It is a waste of human efforts and resources to continue to keep them because the money spent on their feeding far outweighs the fines imposed on them.”

In lieu of the foregoing, other area state governors should find worthy in partnering with the Federal Government on prison decongestion is by helping to renovate and build modern farm centre in their respective states. It will be recalled that only recently, the Minister of Interior, General Dambazau ordered the authority of the Nigerian Prison Service to reopen the moribund farm projects it maintained in Maximum Security Prisons in the past which were closed down due to paucity of funds. The directive was given so as the correctional services of the Nigerian Prison could restored in line with the change mantra of Mr. President.

Besides, overcrowded or congested prison has negative effects on inmates as research has shown that it creates competition for limited resources among inmates, increase hostility, escalate the rates of illness or epidemic diseases, soar the rates of suicide and surge proclivity to recidivism which sometimes result in Prison Outbreak.

Also, the rationale behind the Minister’s directive may not be unconnected with recent development where inmates who finished their jail term often find it difficult to adapt and fully integrate in the society because apart from the societal disdain, they also lack relevant skills needed to be productive. Therefore, the urge to still indulge in the inter alia vices would be very high! After all, it was a German Philosopher, Friedrich Nietzsche that once said: ‘That which does not kill a man only make stronger.’ But then, if the farm centres are reopened and modernized as well as new ones built under joint partnership with the Federal Government, the inmates serving their jail terms in various prison formations would also have the opportunity to acquire skills which will make them useful to the society after regaining their freedom. It will also create employment opportunities for agricultural experts or extension workers whose services would be needed to teach them modern farming techniques.

Nonetheless, outside the financial partnership, another reason it has become imperative for state governors to collaborate with the Federal Government in achieving this goal is because of the Land Use Act of 1978 which entrusted all land in the hand of governors. And to make things harder, section 315 (5)(d) of the 1999 Constitution also upheld Land Use Act. For instance, section 5(1) of Act which gave so much power to the governors reads: ”It shall be lawful for the governor in respect of land whether in an urban area or non urban area to grant statutory rights of occupancy to any person for all purposes. Hence, the above section invested the power to grant the rights of occupancy on the governor and would definitely need the cooperation of the later to see the light of the day.

Furthermore, with the presentation of the 2016 budget appropriation before the National Assembly by President Muhammadu Buhari, it is evidently clear that the Ministry of Interior like other important ministries already has its ever busy hands tied to many projects. And with the directive by the President that all Ministries, Agencies and Departments should implement the Fiscal Responsibility Act to the later, the N53.1 billion voted for capital projects would not be enough for the Ministry of Interior which has five all important internal security agencies like the Nigerian Police Force, Nigerian Immigration Service, Nigerian Security and Civil Defense Corps, Nigerian Fire Service and the Nigerian Prison Service under it all begging for attention. So, concentrating lean resources to one agency would be very outrageous. Hence, this may be one of the reasons President Buhari in June this year directed state governors across the country to ensure reduction in the number of inmates in their respective states.

Finally, because of the bad image the highly congested prisons in the country has given to Nigerians and is still giving us a pariah-like treatment among the committee of nations irrespective of status and political orientation or inclination, it will receive a garland welcome if state governors should endeavor to collaborate with the Federal Government in decongesting the ‘death sentence-like’ state of our prisons.

***Comrade Edwin Uhara is a Journalist and Public Affairs Commentator.