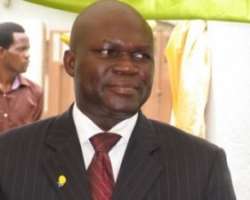 Christmas looks so different these days from what it was when I was growing up. It is so different it is almost unrecognizable. In this same country, in the 70s, Christmas was a season of celebration, but also of spiritual upliftment, joy abundant, hope, reaffirmation of faith in the certainty of Salvation, and the ritual of that which begins, and that which ends, as a New Year beckoned.  We were brought up on a steady diet of Sunday School lessons, and so Christmas and Easter were very much a part of our growing up. We always looked forward to Christmas with excitement. It was that time of the year when we all wanted to act one role or the other in the re-enactment of the drama of Nativity.

The preparation for this drama, which was usually staged during Christmas service, to the sound of melodious songs and priestly excitement, was the high point on Christmas Day of the celebration of Christ The Lord.  Weeks earlier, the church organized Christmas Carols. If you made the special choir, you felt as if you had won a lottery. Everyone was a songster of sorts, belting out Christmas Carols in both English and the local language. Parents singing. Children singing. Everyone dancing.  The feel-good mood was so intense. You could run into people on the streets and the standard greeting, be they Muslims or Christians, was “Merry Christmas!” The official church Carol team went from one church member's home to another to deliver the good tidings of the season and to announce the coming birth of the Saviour. Christmas strengthened our sense of community, and our Christianity and faith as well.

It was also that time of the year for the reinforcement of family values. People whom you had not seen for the whole year travelled home from their stations to be part of Christmas. You got the chance to meet cousins, make new friends, and sing till you almost went hoarse. I wasn't much of a singer or drummer- my friends used to laugh each time I missed a note or a beat and we would spend weeks afterwards mimicking each other.  In short, Christmas was real fun. But it was relatively a simple, inexpensive celebration, year after year. Our parents did not have to borrow, or go bankrupt, or agonize, for Christmas to be meaningful.

We got one or two new clothes and shoes: those were the usual Christmas gifts. On Christmas day, after church, lunch didn't have to be anything extra-ordinary: it was no more than rice and chicken.  In those days, chicken was a special delicacy, reserved for Sundays, or special occasions like birthdays or Christmas, very much unlike now that every child acquires the taste for tasty chicken from the womb! On Boxing Day, we either visited friends or stayed home, and played with firecrackers and bangers on the streets.  Those children who could not afford bangers were not left out. They improvised with local devices made by blacksmiths. That contraption produced even better effect.

Our Muslim friends usually joined us, but they always teased us. In those days, Muslims and Christians celebrated religious festivals together, without any hang-ups about the difference in faith. Virtually every family had Muslim and Christian branches. Give it to Muslims, however, their own seasons were usually more elaborately and colourfully celebrated. They slaughtered rams during the Eid el-Kabir and were generous, handing out gifts of fried meat to family friends and acquaintances. During that festival also known as Ileya, the major Muslim festival, you could acquire a whole bucket-load of meat to sustain the family soup pot for weeks, without being a Muslim and without buying a ram.

Christians were not known to be that generous. Every Christian family was governed by rules of restraint. And so, Christmas restricted themselves to the killing of chicken or turkey; some families did not even bother to slaughter anything at all, and they did not violate any religious code, and in any case, Christians didn't feel obliged to share meat with neighbours.  The effect was that Muslim relations and friends had this funny song, which was a friendly way of accusing Christians of being stingy. “Ko s'ina dida nbe; Ko s'ina dida nbe, K'olorun ko so wa d'amodun o, ko s'ina dida nbe”.  The truth is that nobody took offence, nobody considered the songs derisory, instead the teasing by Muslims attracted shared laughter. Even if there was no meat to share among the entire neighbourhood, there was more than enough fun to go round as many Muslim children joined us to shoot the bangers and make lots of noise. Many of them in fact knew the Christmas songs; they also joined us to stage in our own neighbourhood then, what was called the Christmas masque, or in Yoruba: “Mebo”.

The Mebo was a simple enactment, a blend of the secular, the profane and the religious, drawing its elements from a syncretic base.  The Masque or Mebo was dressed like a Masquerade: his face was not supposed to be seen. He was the main attraction, backed by drummers and singers: we used pots and pans and maybe our mouths as drums. The masque danced and led the songs:

“Iya Kaa'le o
Wa dagba wa darugbo
Baba  Ka'ale o
Wa dagba wa darugbo
Mebo yo robo
E ba mi wa so mi soro
Mebo O yo robo o
E ba mi wa so mi soro.
There is nothing Christianly about this type of song, but for us, growing up, we celebrated Christmas in the neighbourhood, mixing elements of all the religions and all the available modes. Even children of Egungun worshippers joined the Christmas celebration. And so we could start with Mebo yo robo, and shift to “We wish you a Merry Xmas…Good tidings we bring… Hark! The Herald Angels Sing… E lu agogo E lu agogo, E lu agogo o Olugbala de o, e lu agogo…Keresimesi, Keresimesi, …” followed by other songs in Yoruba, which connected well with the community and did not attract any objections. We went from one house to the other and some people would give the Mebo money, which we shared thereafter and used to buy more bangers and firecrackers. We went round night after night until Christmas Eve.

Our parents did not discourage us, knowing that it was all in the spirit of the season. They also did not have to worry about anyone getting kidnapped, or getting into any form of danger. It was a different Nigeria in those days.  Those were the days of innocence when children were brought up to shun any form of ostentation and conspicuous consumption. It was the season of joy and contentment. Just as we celebrated Christmas in the town, there was also as much excitement in the villages.  The prospect of a New Year, a week after, always made the season special.

But Christmas today is different. It has become a commercial enterprise for many families and investors, with little or no emphasis on the spiritual dimension. I don't hear too many children going from house to house even in the same old town where I grew up, singing Christmas Carols. This new generation does not know Mebo. But they know Santa in Naija on their phones and similar animations. In our time, we talked about Father Christmas; today's children refer to him as Santa Claus. There is no sense of community anymore, only a sense of rising expenses and religious isolationism. Many churches cannot even organize house-to-house Carols. Parents are reluctant to let their children go out to any stranger's house, be they Christians or whoever. They don't want their children kidnapped; they don't want their daughters to be raped. Some of the churches have no buses, or they cannot even afford to buy fuel at N130 per litre. If anybody shows up at anybody's door, singing Christmas Carols, these days, the door is likely to remain shut. The times are truly different. You can never know who the visitors are: they could be a band of armed robbers, dancing their way to your doorstep, to gain entrance and inflict harm.

I don't see the excitement of old anymore. Many average families cannot even afford to travel home for Christmas. The cost is too high. The city of Lagos used to look deserted close to Christmas, because virtually all the non-Lagosians would have returned to their villages to celebrate Christmas and New Year with their kith and kin.  This year, Lagos traffic is still as busy as ever. People are staying back.  Even the more privileged families also don't want to go to the village. They are afraid of being mobbed by all kinds of relatives looking for help.  It is easier to tell people you did not see their text messages, or the account numbers they sent, even when you have not announced that you have surplus money to give away, but to go to the village and see them face-to-face, could be quite an ordeal. I have listened to various tales of harassment, reported by persons who have had to tolerate that cousin who has just taken a third wife, who wants to be supported to maintain the woman, or that in-law who wants to buy a motorcycle and his body language is like if he doesn't get the support he wants, he'd be tempted to recall his daughter!

I really haven't heard those peals of laughter that used to be the main feature of Christmas anymore.  What I see is the sheer anxiety on people's faces. Christmas has become so expensive. Many parents are practically panicking! The children of today are not interested in Christmas rice and chicken: that stopped being a special delicacy a long time ago. They want expensive gifts. And there are many capitalists cashing in on the taste of today's children, to provide a variety of services and items that dig holes in a parent's pockets. One parent remarked that he really does not know what to do. His salary has not been paid. His children would like to experience Christmas. His wife wants a special gift. His children look like they don't want their Christmas to be “inconclusive.” But in January, he will also have to pay their school fees for the new term.

On top of it all, our society today is more divided than it was even after the civil war. Our laughter is shorter; our hopes are slimmer. We will celebrate Christmas all the same because we are a people of faith and hope..…Well, “ don't worry, be happy!” Merry Christmas.