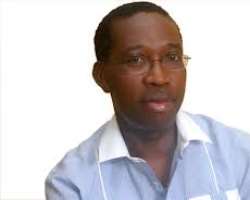 The Court of Appeal, Abuja, has dismissed an appeal against the election victory of Governor Ifeanyi Okowa of Delta State, by candidate of the Labour Party, LP, Chief Great Ogboru,  in the April 11 governorship election in the state.

Meanwhile, Governor Okowa, yesterday, described the Appeal Court judgment, which upheld his election as a perfect Christmas gift for the people of the state.

Similarly, it was jubilation galore yesterday when news of Okowa's victorty at the Court of Appeal filtered in from Abuja with prominent Deltans describing the judgment as victory for democracy and the rule of law.

In a unanimous judgment, a five-man panel of Justices led by Justice  Uwani Abba-Aji, upheld the verdict of the Delta State  Governorship Election Petition Tribunal which had on  October 24,  affirmed Okowa's election.

The appellate court said the tribunal was right when it  held that the petitioner failed to prove that the governorship election was characterised by over-voting and manifest corrupt practices.

The court maintained that Ogboru could not prove that the election was not conducted in substantial compliance with both the Electoral Act, 2010, and the Election Guidelines and Manual  that the Independent National Electoral Commission, INEC, issued for the purpose of the election.

“Where in election petition, there are allegations of irregularities and corrupt practices, the allegation  must be proved beyond every reasonable doubt,” the court said.

It stressed that a petitioner challenging the outcome of an election on ground of irregularity, must show that  such irregularity substantially affected the outcome of the election, adding that Ogboru failed to prove that but for the alleged corrupt practices, he would have won the Delta State governorship election.

Consequently, the appeal was dismissed for want of merit.

Ogboru had approached the appellate court, praying it to set aside the judgement of the tribunal.

He contended that  the total number of votes recorded at the end of the election, far exceeded the number of voters accredited by the card reader machines.

Refusing his prayers, Justice Abba-Aji,  who read the lead judgment, held that Ogboru merely relied on records of the card reader accreditation, without demonstrating the documents through credible evidence.

Justice Abba-Aji noted that the LP candidate never challenged the evidence of the respondents laid before the tribunal.

Okowa, who spoke to journalists in Asaba shortly after a thanksgiving service sequel to the judgment that was delivered in his favour at Abuja, enjoined his opponents to join hands with him in the task of developing the state.

He said, “This is a perfect Christmas gift for Deltans. I believe that Deltans must be very excited because the truth is that they trooped out on April 11 to cast their votes for me and the courts have continued to uphold their wishes. By God's grace, we will not let Delta State down.”

Ogboru and his All Progressives Congress, APC, counterpart, O'tega Emerhor, had in separate appeals, approached the appellate court after the lower tribunal dismissed their petitions, seeking nullification of declaration of Okowa of the Peoples Democratic Party, PDP, by the Independent Electoral Commission, INEC, as winner of poll.

Okowa, who was overwhelmed with joy, thanked the people of the state for their kindness and support through prayers, saying, “It has been a spiritual battle and physical struggle .”

Noting that there was a lot of pressure as a result of rumours about the likely outcome of the Court of Appeal judgment, he said the judgment was a reinforcement of the wishes of the people of the state.

He said, “We appeal to our opponents to come on board and reconcile for us to move the state forward. There is room for reconciliation, there is room for peace, there is no bad blood between us. I call on my brothers, Ogboru and Emerhor, to embrace peace because our time will come and go but our children will continue to be there.

“They know evidently that they were not prepared for the election. They know that we won the election, so why continue on this track?”

Jubilation in Delta
Speaker, Delta State House of Assembly, Mr  Monday Igbuya, congratulated Okowa on his victory at the Court of Appeal.

He also praised the judiciary for remaining the bastion of democracy and the hope of the electorate, especially the good people of Delta State.

“This is the best Christmas gift to Delta State and Deltans,” he said.

In his reaction, Deputy Speaker of the state House of Assembly, Friday Osanebi, said that Governor Okowa's victory at the Appeal Court is the best yuletide gift for Deltans. He said the time had come for all Deltans to rally round Okowa as opposition does not exist in the state.

Olorogun John Oguma, on his part, said the victory was God at work, following the serious prayers by all Deltans who trooped out enmass to vote for Okowa in the April 11 governorship election.

Chief Aguarivwodo on his part, said: “God has done it again and we have always known that Governor Okowa won the election free and fair. I appeal to my brothers to accept the judgment in good faith and call the governor to congratulate him. They should also accept the olive branch which the governor has extended to them.”

Olorogun Tebite, who also spoke, congratulated Okowa on his victory at the Court of Appeal and commended the judiciary for remaining the hope of the common man.

Chief Omovie, who spoke in the same vein, said the judgment has increased the joy of Deltans in this yuletide season, adding, “It is a special Christmas gift from God to Delta State and the people of the state.”