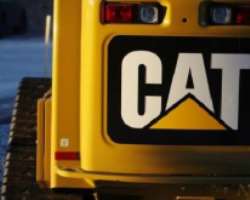 A gauge of U.S. business investment plans fell in November and the prior month’s increase was revised sharply lower as the drag on manufacturing from a strong dollar and spending cuts in the energy sector showed little sign of abating.

These so-called core capital goods orders rose by a revised 0.6 percent in October. They were previously reported to have risen 1.3 percent.

Manufacturing, which accounts for 12 percent of the economy, has also been hit by efforts by businesses to reduce an inventory bloat, which has curtailed new orders growth.

The dollar has gained almost 20 percent against the currencies of the United States’ main trading partners over the last 18 months.

Plunging crude oil prices, which on Monday plumbed their lowest levels since 2004, have put pressure on oilfield services firms like Schlumberger (SLB.N) and Halliburton (HAL.N), forcing them to slash capital spending budgets.

Shipments of these goods are used to calculate equipment spending in the government’s gross domestic product measurement.

They were previously reported to have declined 0.5 percent in October.

Orders for durable goods, items ranging from toasters to aircraft that are meant to last three years or more, were unchanged last month after an unrevised 2.9 percent increase in October.