Why INEC, Police Should Ensure Free & Fair Elections In Bayelsa State: Understanding The Psychology Of APC's Use Of Violence

By TRUTH SHALL PREVAIL GROUP (TSPG) 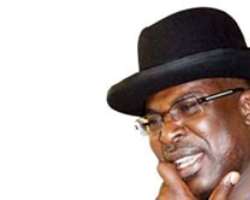 In human psychology only the weak and insecure use violence and force to achieve their goals. In the words of Ann Brasdtreet, “Authority without wisdom is like a heavy axe without an edge, fitter to bruise than polish.” Ayn Rand also added that “An attempt to achieve the good by force is like an attempt to provide a man with a picture gallery at the price of cutting out his eyes.”

We have often seen people use force but when there is opposite force, they are humbled and reduced to peevish creatures. APC’s only trump card is violence, intimidation, kidnapping and sea piracy – all in an attempt to create a climate of fear in the rescheduled elections.

This is why people say, force should not be used at all because if not properly deployed, force can destroy so many things without achieving any goal (s). Adolf Hitler’s aim was to conquer the whole of Europe and to use that as a launching-pad for world conquest. When he could not achieve this cruel aim, he watched Berlin burn and committed suicide in his bunker. A similar fate has befallen tyrants like him. This epitomizes the story of a leader’s journey to self-destruction. However, in electoral matters, that should not be the case but some people think otherwise.

What is intriguing in politics is that some people catch the Machiavellian end of politics and believe that the “end justifies the means. However, this statement does not hold true in some cases.

Recently, it has become fashionable for the APC in Bayelsa State to exercise maximum force in pursuit of her political objectives. At the APC primary, some aspirants were badly hurt some physically while some were psychologically bruised. The first was marred by violence while the second one witnessed massive exclusion, which led to the withdrawal of some aspirants. Some APC members called it charade and a show of shame.

At the governorship election, which took place on the 5th and 6th of December, 2015, the APC unleashed mayhem especially in Southern/Ijaw and Brass LGAs. True to type, the APC leadership and Timipre Sylva its flagbearer were ready to abuse even Federal Institutions as a sign of desperation for power. Mr. Timipre Sylva had earlier threatened to use Federal might to crush the PDP but the ordinary electorate in Bayelsa State thought otherwise. They turned out in their numbers but were intimidated by the APC.

Recently, recognizing that the APC does not stand a chance in Southern/Ijaw – the Local Government of late DSP Alamieyeseigha and first Civilian Governor of Bayelsa State, the APC has started to to blackmail Agip to obtain huge sums of money to buy the Police to redeploy DIG Ashiru so the serving CP in Bayelsa State would be helpless. Also a contingent of police has been detailed to storm Southern/Ijaw on January 9, 2016 to work to return the APC. This group would be led by one DIG Ashiru Argungun. Intelligence reaching us indicates that the said Ashiru Argungun has already been paid the sum of N100million to execute his dastardly plan. Civil Society and the International Community will hold Argungun responsible for any mayhem or death at the rescheduled polls. The APC is not popular and Southern/Ijaw appears to be the only hope but APC’s hopes have been shattered by the fact that INEC would decentralize the distribution of electoral materials.

APC’s plot is to unleash violence to compel INEC to further cancel the results and to push the time further to such a time that Governor Seriake Dickson will be out of office. The second scenario is that APC with the so called Federal might will be compelled to announce the results cooked up by the APC. Already the Bayelsa State chapter of the Peoples Democratic Party (PDP) on had in Yenagoa raised fresh alarm over fresh plans the All Progressives Congress (APC) to rig the rescheduled election in Southern Ijaw LGA. In a statement issued by the Director of Publicity, Restoration Campaign Organisation, Jonathan Obuebite, said the APC have still not learnt any lessons from the incident because "Sylva and others were hell-bent on using the same federal institutions like the military, police, INEC to rig the election in Southern Ijaw." APC has started this journey of self-destruction by embarking on a campaign of incessant kidnapping of PDP faithfuls to create a climate of fear especially among the ordinary electorate in the affected area.

“My refusal had infuriated them and they started saying I had gone underground and all sorts of stories. People should not take election as a do-or-die affair. I told them I can’t help them to rig the election and that they should use the money they wanted to bribe me with to go to the grassroots and canvass for votes”, the REC had told the Guardian.

We commend the uncommon courage of the State REC, noting that even though he did not mention names, it was clear who he was referring to and that such revelations had justified PDP’s position that APC’s desperation for power had resulted in the destruction of respectable federal institutions such as the military, police, the presidency, INEC, EFCC, Judiciary, in a bid to get power at all cost. APC is also weary of the fact that the PDP has won in 6 out of 7 LGAs in the Dec. 5th Governorship elections.

Truth Shall Prevail Group hereby calls on the INEC, the Police, which will lead the Security to conduct of the rescheduled elections, the Civil Society Organizations and International Election observers to beam their searchlight on ex-combatants such as Ogunbos (Paul Eris), General Africa and other militants who are on the payroll of APC to desecrate the electoral process. We hereby warn that no human being has a monopoly of violence and that even the devil was once an angel in heaven.

Bayelsa State under Governor Seriake Dickson is a government anchored on law and order, peace and security. We cannot and will not allow a handful of people to throw the State into chaos under the rubrics of elections, and we know that the President Buhari-led administration will not condone chaos and such brazen violation of the fundamental rights of ordinary Nigerians.