Naira Exchange Rates: Making Things Appear Worse Than They Are 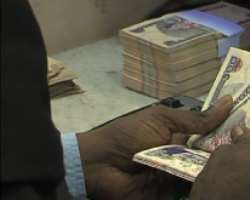 The fact of the matter is that Nigeria operates two broadly classified foreign exchange markets. There is the official market, where the Central Bank of Nigeria (CBN) funds banks, who in turn fund their customers' offshore transactions. Banks basically bid for foreign currencies at the CBN on behalf of their clients. Banks also trade their own foreign exchange liquidity amongst themselves, at a small premium over the CBN rate, but still under the ambience of the official market.

The other foreign exchange market is the parallel market. It is big credit to the reform of this market since its dark, chaotic past, decades ago that it is hardly again called “black market” that it once was. Today, the parallel market is officially recognised and funded by the CBN.

Whereas the official market is mainly for wholesale transactions, the parallel market serves retail purposes. Industrial imports are funded through the official market, as well as officially recognised trade and foreign consumption bills. On the other hand, the retail market accommodates all sorts of transactions, many of which are off the official radar and sometimes counter-productive to trade.

However, the official and parallel markets to a lesser extent serve the financial stability policy purpose of the Central Bank. The CBN also uses its exchange rate policy to manage inflation. For a country that meets substantial local demands for intermediate and finished products through importation, the domestic inflation is largely pressurised by the prices of imports.

In the past few months, the CBN has for good reasons prioritised stability of exchange rate in the official market. It has drawn an exclusion list of avoidable imports from being funded in the official market. With the forex demand for the items transferred to the parallel market, rates in that market have soared. But in truth, the effect of this has had almost no negative impact on the standard of living of the average citizen. The prices of locally produced items, especially food, have remained relatively stable and benign for the inflationary outlook, according to recent data by Nigerian Bureau of Statistics.

What is apparent, therefore, is that the parallel market is subordinate to the official market. The official market is also much bigger than the parallel market. With this alone, the anomaly of profiling the foreign exchange market by parallel market rates is obvious. Yet, the abnormality of a smaller part defining the bigger part has held sway in sensational reporting of the foreign exchange rates since the country started dealing with the practical implications of fallen oil prices with low reserve buffers since November 2014.

So, we hear and read the screaming headlines of the naira crashing to “all time low” and the currency exchanging at 280.00 to one U.S. dollar. The sharp rises in the dollar exchange rate have been in the parallel market. But this volatility has not been allowed to extend to the official market where the most economically important transactions are funded. Although the dollar exchanged for N280.00 at the Bureau de change (BDC) in the week before Christmas — and even retreated immediately, by the way – at the official market, the dollar has continued to exchange at N199.00 since March.

While parallel market rates should not be denied the deck, it is pandering to sensationalism for them to be headline grabber. Unwittingly, the existing reportage is serving the interests of speculators. Sensational reporting of an increase in the exchange rate can drive further increases by building a surge of speculative demand pressure.

What is anticipated has a huge influence on the reality in financial markets. As much as speculation can drive up equity prices, even so can it drive down the value of the currency. While the two asset classes are driven in two opposite direction by the same stimulus, the consequences are the same: financial instability.

It is important to understand the reason for the disparity of up to N80.00 (as at December 18th) between the official and the parallel markets. Contrary to the reportage in the media, the official exchange rate is the reporting exchange rate for the economy. Allowing this rate to adjust rapidly, can cause irreparable damage to the economy years after the country achieves a better foreign reserve position. This risk is especially true because of the speculative demand for dollars in the system.

Nigerians, widely travelled as we are, are not unfamiliar with the variations between official and parallel market rates abroad. Within the precinct of Heathrow Airport and other international aviation hubs, wide disparities are noticed in the rates offered by the BDCs operating there and rates outside, say, in the banks. The unofficial higher rates don't for this reason supplant the official rate in reporting the economy.

Media reportage of the domestic market has deviated from this norm. In a sense, this deviation may be a reflection of the struggle of Nigerians in accepting the necessary adjustment we have to make in support of the efforts of the government and the CBN in promoting import substitution and economic diversification. Although we all want to see a much more diversified Nigerian economy, we may have limited the requirements for achieving the diversification to government. But the reality is that, as a people, we have to make adjustment in our tastes. Not only should we be ready to replace foreign products with local substitutes; we must be prepared to let go of some exotic products, even where there is no direct alternative. It is part of the demand of building a virile country and a sustainable economy.

The Nigerian Export-Import Bank has in the last six years renewed focus on the industrial sectors – manufacturing, agro-processing, solid minerals and services. The Bank has been facilitating non-oil exports, to help the country earn more foreign exchange and thereby support the objective of a stable exchange rate. This focus is in line with the institutional mandate of NEXIM Bank as the official Trade Policy Bank of the Federal Government. But as the current oil price slump lays bare, this is a national imperative.

Perhaps the CBN should have more consideration for increasing the public awareness of the objectives of its foreign exchange policy and their practical implications right to the local market. However, the media would have to exercise a lot of discretion in reporting data from the foreign exchange markets. If the unofficial, “black market” prices of petrol around the country do not subsume the official price of N87 per litre, it is completely wrong to designate the foreign exchange markets by parallel market rates. Doing so actually distorts market reality.