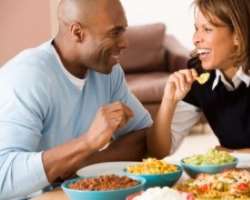 (Reuters Health) – Adults who score well on the American Heart Association's (AHA) Life's Simple 7 checklist are less likely than others to develop heart failure, according to a new study.

The AHA checklist and calculator (available here: http://bit.ly/1QIE5cO) was developed to educate the public on lifestyle habits that can improve heart health and reduce the risk of heart attack and stroke. According to the new results, they may also reduce the risk of heart failure, a long-term condition in which the heart fails to pump enough blood to the rest of the body.

Life's Simple 7 includes managing blood pressure and cholesterol, reducing blood sugar, getting physically active, eating healthy, losing weight and not smoking. Adherence to these seven strategies is calculated for an overall score of one to 10.

“The information before was more for coronary heart disease . . . there was not much on heart failure,” said Dr. Aaron R. Folsom of the University of Minnesota, who was not part of the new study.

The research team, led by Vanessa Xanthakis of Boston University, followed 3,201 participants in the Framingham Offspring Study, average age 59, for up to 12 years. During that time, 188 people developed heart failure.

For each one-point increase in cardiovascular health score on the calculator, heart failure risk fell by 23 percent, the authors reported in Circulation: Heart Failure.

The AHA is saying it's not enough just to treat risk factors and think about dealing with them after people develop them, but instead, the idea is to prevent them in the first place, Folsom told Reuters Health by phone.

Even though these are well-known prevention strategies, almost nobody achieves all seven ideal factors, particularly diet, he said.

“Salt intake is overwhelmingly too high,” he said.
There are more than three million cases of heart failure in the U.S. each year.

Once you have heart failure, you have to continue to live with it, and until recently there were few effective treatments, Folsom said.

Creating environments where physical activity is easy to do and controlling the contents of food products can make is easier for individuals to make healthy choices, said Dr. Veronique Roger of the Mayo Clinic in Rochester, Minnesota.

“Following healthy behaviors is an issue that extends way beyond the boundaries of the healthcare world,” she told Reuters Health by phone.

“Some of these behaviors really require societal and policy approaches,” Roger said. “We can't be counting on doctors and nurses to make this work.”

In the Framingham Offspring Study, the data quality is pristine, but the sample only includes white people of European descent, so other studies should investigate this connection with different populations, Roger said.

“Heart failure is growing and heart attacks are declining,” Folsom said. But “that to some extent can be prevented.