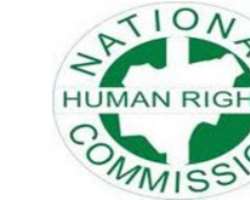 BEVERLY HILLS, December 22, (THEWILL) – The National Human Rights Commission (NHRC) has inaugurated a five-man panel to investigate the remote and immediate causes of the clash between the Nigerian Army and members of the Shiite Islamic sect in Zaria.

The Executive Secretary of the commission, Prof. Bem Angwe, who inaugurated the panel in Abuja on Monday, said that the investigation became necessary following a complaint tendered before the commission by the Chief of Army Staff, Lt.-Gen. Tukur Buratai.

“On the Dec. 14, 2015 the Chief of Army Staff presented a petition to the National Human Rights Commission on allegations of attempt on the life of the Chief of Army Staff and attack on his convoy on his way to Zaria, which eventually led to a vicious clash between the military and some members of the Shiite Sect in Zaria, leading to the loss of several lives and property.

“Pursuant to the receipt of this complaint from the military, the commission, in line with its mandate to receive complaints on human rights violations, to monitor and to investigate such allegations, with a view to making appropriate determination in the circumstances, has decided to constitute an investigation panel with a view to carrying out a holistic investigation into the alleged violations of human rights.''

According to Angwe, the panel is expected to make recommendations to the commission on how to forestall a recurrence.

He stated that the panel will investigate to determine violations of human rights on any of the parties during the clash, recommend remedies, and restitution if necessary.

The News Agency of Nigeria (NAN) reports that the five-man panel has Mr Tony Ojukwu as its Chairman, and Mr Kabiru Elayo as Secretary.

Other members of the committee include Mr Abdulrahman Yakubu; Mr Halilu

Adamu; and Mr Babangida Labaran.
Responding on behalf of the panel, Ojukwu promised that it will do its best to justify the confidence reposed in it.

The panel has two months within which to submit its report.

NAN recalls that a clash between the convoy of the Chief of Army Staff and members of the Shiite Islamic sect led by Sheikh Ibrahim El-Zakzaky on Dec. 13 along the Kaduna-Zaria road left a number of people dead.