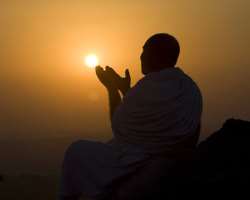 The Ooni of Ife; Oba Adeyeye Enitan Ogunwusi (Ojaja II) triggered a controversy recently during his installation thanksgiving held at St Paul’s Anglican Church, Ile Ife. He bowed before the Almighty; the God of Israel in worship. Since then, his critics have been angry that the traditional ruler knelt to worship God at the church service. They claim that the act desecrated the revered stool of Ooni. But thank God the revered monarch has adequately responded by telling them that no king or ruler on earth can be compared with the creator. Wow! This is cheering news.

In his words, “it was an unacceptable sacrilege to equate Ooni’risa or any other king to the Almighty God.God is the creator of mankind and it is God that makes it possible for the enthronement of any king. God remains the highest KING of kings who has kept all kings alive and had made it possible for me to be crowned as the king of the source of Yoruba civilization.

I have no regret whatsoever for kneeling down to exalt the almighty God who did not only create me but also kept me alive, saw me through all the storms in my life-journey and eventually crowned me as the custodian of Oodua race. This act of equating me to God of gods, King of kings and the sole owner of the universe is a wicked sacrilege planned to embarrass the throne. My emergence as Oba has been made possible only by the almighty Olodumare to whom I remain eternally grateful” Great! Well said our king!

. Now, naturally, as a student of divine power I got interested immediately I saw this report. Ooni of Ife is the most respected monarch in Yoruba land and one of them in Nigeria. He is the custodian of Yoruba culture and traditions. And his domain is regarded as the beginning of race’s existence and civilization. They call it the ‘source’. Yes, the source of Yoruba existence. The Yorubas ‘worship’ their rulers. They believe they are divine. And for a king with this kind of background and influence to publicly acknowledge and promote the existence, supremacy, authority and worship of the God of Israel it’s quite commendable. Not too many rulers and influential people reason this way. Some actually do not recognize that there is a creator at all. They believe they are not answerable to anybody and that they can to ‘do and undo’.

Even if they don’t say it, you see them act it. How do you feel when people in authority want to be worshiped? When the behave as if they have the power of life and death? When the treat their subjects as conquered slaves? When they appropriate the people’s wealth to the themselves? When they appropriate God’s titles to their names? Have you not heard some of them answering His Majesty, His Imperial Majesty, His Royal Majesty, His Worship, The Lord, His Excellency, Most Excellency? They quarrel with you when they don’t get these recognitions. They crave them with all their soul. True. And these are mere mortals that are subject to disease, death and decay. Listen, no mortal is or will ever be God. There is only one God, creator of the heaven and earth and the controller of the universe. And His name is Jehovah. Yes!

Now, Ooni’s actions reminded me of some great, powerful and influential rulers in the bible. But because of space, we will be commenting on just four of them. Two acknowledged the Almighty and were exalted and the other two questioned His authority and they were also adequately compensated. We’re talking about kings David, Solomon, Nebuchadnezzar and Pharaoh of Egypt. Each had an encounter with the creator that would make or break them. Let’s comment on these in the next part of this article. Don’t miss it. Compliments of the season!