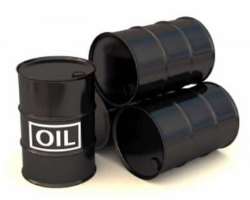 Nigeria's crude oil, which has been struggling to sell in recent months, may suffer further setbacks in the global market following the lifting of the ban on the United States oil exports.

The US Congress had on Friday approved the lifting of the ban as part of a $1.1tn spending bill, which included a provision that would allow the export of US crude for the first time in more than 40 years. The bill was later signed by President Barack Obama.

Nigeria recently lost its biggest customer, the US, which now buys only a small amount of Nigerian crude oil due to the dramatic rise in domestic shale production.

The growth in US light sweet crude oil production has resulted in a sizable decline in the country's imports of crude grades of similar quality, such as Nigeria's.

The sustained decline in crude oil prices since June 2014 has exacerbated the dwindling fortunes of the Nigerian crude, with the nation's crude differentials trading at a 10-year low.

Click here for details
A lot of Nigerian crude is said to be currently floating on ships with a significant amount finding home in storage tanks rather than in refineries as a result of the supply glut in the global market, which is dominated by largely by light sweet crudes.

The Chairman and Chief Executive Officer, International Energy Services Limited, Dr. Diran Fawibe, in a telephone interview with our correspondent, said OPEC member countries would have to brace for more competition from the US, adding that the lifting of the ban would make the international market very dynamic.

Fawibe, who was a general marketing manager responsible for selling Nigerian crude oil in the world market at the NNPC, said, 'US crude may have to compete with Nigerian crude in some markets. That is the direct effect, but it depends on the volume the US will be able to export.

'The immediate effect may not be substantial. The lifting of the ban is strategic and shows the direction the US is moving in terms of oil and gas policy. It can be used also to modulate the flow of oil to different markets.'

He said the volume that the US could add to the market would not be much, adding that Iran could bring substantial volume to the market.

Crude oil exports account for over 90 per cent of Nigeria's exports and remain the key source of foreign currencies.

The Project Director for the Uquo gas field development, a joint venture project by Frontier Oil Limited and Seven Energy, Alhaji Abdullahi Bukar, said, 'There will be more competition. Without expansion and growth, the demand will not increase to absorb this extra amount.

'So we'd better be ready to diversify our economy. It will have an impact on Nigeria's oil exports because some of the people that are buying from Nigeria now may decide to go and buy US crude if the terms are better.

'We have to be very competitive in order to make the terms under which we sell our oil attractive. That means you have to look at your price and your delivery conditions and your terms

Noting that the US lifting of export ban would impact on the market, the Director, Emerald Energy Institute, University of Port Harcourt, Prof. Wumi Iledare, said Nigeria would now be more serious, adding, 'Nigeria cannot continue to depend on the price of oil, the quality of oil sold abroad and the exchange rate to build its budget. Agency report