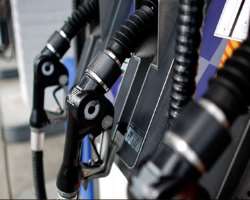 The ongoing nation wide fuel scarcity is bickering harder on the low income earners in the country, Adamawa state indigenes seems to be worst at the receiving ends as some are lamenting on devastating effects of the limited petroleum products that has being the live wire of the country's economy.

Our correspondent stumbled on a long queue that is running to many kilometres of vehicles waiting to have fuel at Mega filing station who are selling at the official price of 87 naira.

He interview some of them, were most of the people cannot hide their anger and outright shifted all their blames to the Federal government who they believe has all answers to the over bearing lingering fuel crisis in the country.

Obadiah Ezekiel who said he spend over 24 hours waiting to fuel his car with over 300 cars ahead of him only hope and wish to have his car fuel today (Saturday). According him Adamawa state is always having the bad side of every good thing." Why"?

"Nothing good will always be our own in this state, if it is fuel scarcity we get the worst,if it is administration and the issue of governance we equally get the worst, in terms of developments our state has nothing to show forth. Look at the issue of this fuel scarcity, ours in this state is so unique to the extend that a gallon of petrol at the black market is sold today at the rate of 900 naira, and at government price you spend days before you get the product. I'm asking Buhari to explain to Nigerians over the issue, I don't think this is kind of "change" yearned for".

Another Man who queue for the past three days, simply says his name is J J and anticipating to get fuel today regretted to vote for APC who have deceived him with the Mantra of "change" now it appearing to be change for bad, change to make Nigerians suffer untold hardship.

He accused Buhari of being indifferent nor having the feelings of people,and the country at large to might have allow the fuel scarcity to linger for more than necessarily.

"I think all the blames should be shifted to Mr President because he is the president of Nigeria and doubled up as the Minister of petroleum, he has enough answers to this problem, as corrupt as PDP were blackmail to be ,we have never experience fuel scarcity of this type. I m wondering if they can solve this issue before next year"

"I pray this problem will be over soon, but really we feeling it bad,the PDP led government has never allow petroleum to hold the country into Ransome they way we are seeing now. Only God can deliver us".

A lecturer with Modibbo Adama university (MAUTECH), in the department of Information management Technology, Dr John Ngamsa hold a contrary view of the problem, adjudging that Buhari or the present Government should never share the problem of the present fuel scarcity.

Dr John blamed the senior officers in the ministry of petroleum, knowing the fact that they all know the antiques that had been going on the the petroleum industry.

Aliyu Mohammad a rider of tricycle angrily regretted on voting in the presence leaders, lamented he has been brain washed in the "change mantra".

The publicity secretary of All Progressives Congress ,APC, Ahmad Lawal said the sharing of the PMS products problem has to goes to Federal Government with DPR for failing to instill discipline to the selling agencies like IPMAN, major marketers and even the general public who most of them are black marketers of the product.