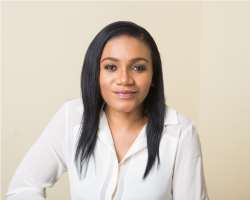 Spinlet is proud to announce the launch of a dedicated family friendly music platform to complement its existing service, the company revealed today. Spinlet Inspire will focus on more uplifting music, including inspirational songs, songs with non-explicit lyrics and gospel tracks.

A special toggle button built into the website and mobile app’s existing functionality will allow users to move between Spinet’s main website and the new service at the push of a button, enabling them filter out content they find inappropriate.

“When you think about the music industry today – in Africa and around the world – it has become highly sexualised and many parents are increasingly concerned about the programming being consumed by young, impressionable children,” said Nkiru Balonwu, CEO of Spinlet.

“Of course there is a place for provocative lyrics within the art form. But we recognise that there is a substantial audience out there who do not wish to engage with adult content, be they gospel music fans, children, parents, or even those who are simply searching for more uplifting tracks. They are after a certain type of music and Spinlet Inspire will provide them the desired filter.”

Speaking on the rationale, Balonwu further adds that “it is our first expansion into a user-defined platform. This is very exciting because it shows the possibilities of positioning Spinlet as a different service for different audiences. Other recent improvements, such as the launch of our original web series, I Go Blow, are enabling us to develop the Spinlet brand into much more than a traditional track-by-track streaming and download platform. This type of expansion is hugely important for monetising content in an increasingly digital world,” she stressed.

It is certainly a good point, which is often overlooked in music’s transition to digital. Services like iTunes and Spotify, or even the traditional charts shown on music channels, do not offer such a filter.

In addition, Spinlet is collaborating with leading artistes in Africa to produce a music album featuring gospel and inspirational music, billed for release soon.

The new service which has been launched, no doubt, with Christmas and New Year in mind, as periods of the year when there is a huge focus on seasonal and inspirational music. Going forward, it will be interesting to see, not only for Spinlet but for the modern music industry at large, just how many people hit the toggle button to go to Spinlet Inspire rather than sticking with the current offering.

About Spinlet
Spinlet is the number one music streaming service in Africa - and for African music - with approximately 2m global downloads to date. With a growing catalogue of music from different genres and different territories around the world, Spinlet offers a diverse mobile music offering across the globe. For more information, visit: www.spinlet.com .