WHY HISTORY SHOULD BE TAUGHT 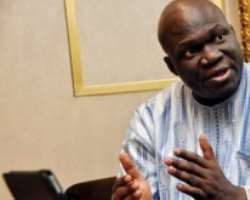 There is never a scarcity of shocking events, revelations, encounters and experiences in the course of the interesting times we seem destined to live in. But nothing can perhaps be more shocking than a recent encounter I had with a young man. He had remarked quite innocently to my hearing that he wondered what all the noise was all about over the late Chief M.K.O. Abiola. “Who is he?”, he asked. I almost passed out.

“Who is Chief M.K.O. Abiola? How old are you? When were you born?”, I retorted, trying to figure out whether it is indeed possible for anyone in this country not to know who MKO Abiola is. I followed up with another question.

“You mean you don't know who MKO is?”
“Why should I know him? Does he know me?”
By now, I was sweating. It turned out that the young man was born in 1995, two years after the 1993 Presidential election, and he was still a toddler by the time of the return to civilian rule in 1999. Now 20 years old, and a university graduate, he has grown up inside Nigeria, never knowing the late MKO Abiola, the martyr of the struggle for democracy: the main man whose sacrifice and heroism resulted in a long, civil society protest against military rule. Abiola was in addition, a major African philanthropist, a promoter of sports and one of the most remarkable figures in Nigerian history in the latter part of the 20th Century. I tried to explain Abiola's significance to the young man.

“Good for him”, was his response. I could sense that he wasn't excited.

I had to take on the additional task of further urging him to check out the name on Google: the knowledge made-easy platform on which the young ones rely for quick information. I dare not ask him to read some books about that period in Nigerian history, knowing what new technology has done to many of our youth, who find it difficult to read anything that is more than a few easy paragraphs. My encounter with this particular young Nigerian ended with the sad feeling that there are many like him out there, already out of university and busy thinking of next steps in their lives but who know next to nothing about the history of their country.

I have had similar encounters in more recent times: young Nigerians who do not know the author of Things Fall Apart, and who have never heard of Lord Lugard, Ahmadu Bello, Bola Ige or Kaduna Nzeogwu. The other day, I stumbled on an exercise on social media in which someone posted the picture of Samuel Ladoke Akintola, and asked that he should be identified. This generated some confusion as some referred to him as Adegoke Adelabu, and some of those who could identify him said Akintola was the one that uttered the famous phrase: “peculiar mess”, which got translated by his Yoruba listeners to “penkelemesi”. The only relief I took away was that nobody said the picture was that of Aminu Kano or Sa'ad Zungur. I imagine, at this rate, that a day may well come in the future when some young Nigerians may never have heard of Murtala Muhammed, or any of the present-day historical figures.

This is one of those self-inflicted omissions in our development process. Close to two decades ago, history was removed from the primary and secondary school curricula as a core subject. The teaching of history also became threatened at the tertiary level, as it got labeled as one of those disciplines that cannot get anyone a job in the oil and gas sector or the banks. In an attempt to remain relevant and avoid being shut down by the National Universities Commission, History Departments became creative by changing their content and nomenclature to History and Diplomatic Studies, or History and International Relations.

A succeeding generation of History graduates never failed to emphasize the suffixes. At the primary and secondary levels, history was replaced with social studies (which is at best a study of civics), or made optional, until it was even completely removed from the syllabus. Years of lamentation by history teachers has not made any difference, but the point needs to be made ad nauseam, that the school curriculum must be reviewed to place a better emphasis on the learning and teaching of history. It is in fact quite ironic that Religious Studies occupies a more privileged place in the Nigerian school curriculum: we are busy teaching our students and the future generation, the two major religions, and many of them grow up force-fed with only that kind of history that the religious books teach, along with the dogma. Today, we are harvesting the dangers.

History is the connecting link between the past, the present and the future. Serious nations take time out to teach students and the general populace the history of the people and their country, for it is only when a people know where they have been, where they are, and where they are going that they can better prepare themselves for challenges. The history of mankind is repetitive, another way of saying there is nothing new under the sun, by learning from other ages, we build the confidence to forge ahead.

Every country that cherishes memory and the art and culture of remembrance of all things past and present strengthens nationalism, a sense of citizenship and the current of knowledge in the public space. History is a truckload of mistakes made, from which we can draw lessons and accomplishments from which we can draw inspiration. It is also an instrument of power: colonialists in Africa did not teach the history of the colonized, they taught their own history, and insisted that Africans had no history, and no culture. It took a whole generation of African historians to insist on the existence and the authenticity of African history, and to tell our story to the world as a means of affirming identity, cultural heritage and independence. And yet today, this aspect of the struggle against mental slavery and domination has been abandoned.

The teaching of history needs not be formal: indeed in developed countries, more history is taught informally, bits of history are inserted into the landscape of social being in various forms. These include different types of museums: natural history, art, aviation, technology, war. Monuments are erected at chosen locations to remind the people of the past. Homes and birthplaces of famous achievers, including writers, statesmen and war heroes are marked and described. Public buildings welcome visitors with history. Cultural products, including movies, are also used to promote national history and energize the populace. By the time a child grows up in the midst of all this, he develops a sense of awareness that guides his relationship with country. It is also for the same reason that professions, including the military, teach their own history, to project tradition and achievement.

The historical narrative, thus represented in many shapes, has defined many societies. We visit such societies, enjoy their spectacles, absorb their narratives, and even buy their mementoes, but here back home, we have no museums, telling any significant story. We have no public places preserving the memories of our heroes past. Every child in Ghana knows who Kwame Nkrumah is, because his legacy is well-preserved in the public space. Where are the Nigerian equivalents: we don't even keep official records anymore. Where is Nigeria's National Presidential library? A nation without a conscious promotion of its history, culture, landmarks, icons, symbols, monuments, and heroes is a society deserving of extinction.

In the absence of a deliberate and structured effort to see history as a tool for national development, we have over the years left the telling of our story to revisionists playing games with national unity and promoting the enemies of amalgamation. Revisionists are propagandists, masters of dogma, and promoters of falsehood and lies. They deliver their narratives in convenient short-hand formats and through rumours. Many of the young men today who are clamouring for secession have never read the history of the civil war; they are victims of a false single story, which says other Nigerians do not like Igbos. The Yoruba landlord who does not want an Igbo tenant may not have heard that Igbos once represented Yorubas in parliament, or that Igbos have always been strong stakeholders in Lagos politics – all he knows is that silly story that Igbo tenants take their landlords to court, as if Yoruba tenants don't do the same.

Those young men and women who allow themselves to be turned into foot-soldiers by Pastors and Imams, and who turn religion into a vehicle of violence have never been taught that those who did the same in the past in this same country got gunned down. Those religious groups who take over the highways and our streets, claiming they are holding a special revival or a procession, and who do not care about the rights of other road users and citizens have probably never read stories about the tension generated by such encounters between the state and religion. They all do not know that turning religion and ethnicity into enemies of the Nigerian state will ordinarily attract dire consequences because the state has a responsibility to allow freedom of expression but also an equal responsibility to prevent any form of abuse. By the same token, those trigger-happy security men who indulge in extra-judicial murder, have never read how such conduct indeed violates the dignity of the state, and sets a condition for the failure of government and state.

The historical sociology of the Nigerian condition points to much repetitiveness of social and political conduct with very little change in capacity to manage same, from the colonial period to the present. Those who ignore history and fail to learn from it are bound to repeat it. And so, we keep repeating the same errors because we forget too easily. The process of national re-orientation must include a promotion of our history for national development purposes. It is not enough to admit that some of the worst fanatics using religion and ethnicity to threaten national integration are university graduates: this indicates a great omission in the curriculum; in form of the failure to use the education system to produce Nigerians who are first and foremost citizens with loyalty to country.