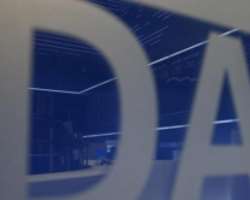 Investors turned cautious on Friday about what a stronger dollar and weak commodity prices could mean for the world economy, as a clutch of central banks moved to cushion the impact of the first U.S. rate rise in nearly a decade.

Initial relief after the U.S. Federal Reserve enacted a long-expected hike on Wednesday started to fade, as falls in global stocks and emerging markets showed that the move might not pass off as smoothly as hoped.

The dollar sagged slightly on Friday but remained on track to record its strongest week since early November. .DXY

European shares fell back from a one-week high reached in the previous session, taking their cue from earlier slips in Asia and on Wall Street, as oil prices headed for their third consecutive week of losses.

The pan-European FTSEurofirst 300 index .FTEU3, which had risen 1.3 percent on Thursday, fell 0.6 percent.

“I am still quite bearish about the prospects for the first quarter of next year. The oil price problems are not going away any time soon,” said Terry Torrison, managing director at Monaco-based McLaren Securities.

Debt markets built on gains made on Thursday, with bets that the Fed will make fewer rate rises next year than it is currently projecting, reflecting bigger concerns about the economy and doubts about significant inflation. <GVD/EUR>

In Europe, Spanish bonds lagged in a broad rally on Friday ahead of an uncertain national election, with the country’s traditional system of two-party dominance facing an unprecedented challenge from populist movements.

STIMULUS MOVES
The Bank of Japan on Friday bolstered its massive stimulus program to try to counter the impact of the Fed move, setting up a new program to buy exchange-traded funds, extend the maturity of bonds it owns to around 12 years, and increase purchases of risky assets.

In Taiwan, the central bank unexpectedly cut interest rates for the second time this year.

“The global macro dynamics from the beginning of a Fed rate hiking cycle are slowly playing out across the world,” Angus Nicholson, market analyst at IG in Melbourne, said in a note to clients.

“In the direct wake of the decision we have seen some dramatic moves in central bank policy with Taiwan cutting its benchmark interest rate, Hong Kong and Mexico both hiking rates, and Argentina removing currency controls and devaluing the peso by 30 percent.”

MSCI’s broadest index of Asia-Pacific shares outside Japan .MIAPJ0000PUS was down 0.5 percent, but still on track to finish the week up 1.5 percent. Emerging market stocks .MSCIEF fell 0.8 percent, erasing nearly all of the 1 percent gain booked on Thursday.

Against a basket of other major currencies, the dollar was up 1.5 percent, on track for its best week in five though it took a slight knock on Friday. .DXY

The greenback sank 1.1 percent against the Japanese currency to 121.16 yen JPY=, while it was broadly flat against the euro EUR=.

Wall Street drooped on Thursday as crude oil futures continued to wallow at multi-year lows against a backdrop of oversupply as well as a stronger dollar following the U.S. Federal Reserve’s widely anticipated tightening.

U.S. crude futures CLc1 were near the lowest levels since 2009 on Friday at $34.98 a barrel, while Brent crude LCOc1 edged up slightly to $37.25 but was headed to record its third week of losses.

Gold edged up slightly from Thursday, when it suffered its biggest slide in five months.

Spot gold XAU= rose 0.4 percent, after tumbling 2 percent on Thursday, and is down 1.7 percent for the week.