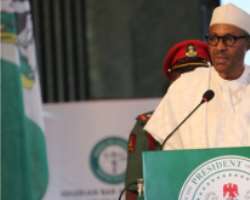 SAN FRANCISCO, December 18, (THEWILL) – The Presidency has revealed that the Federal Government is yet to take a decision on whether or not to join a Saudi-led alliance to fight the militant group Islamic State.

This was made known to Reuters by the Senior Special Assistant to the President on Media and Publicity, Mallam Garba Shehu.

Saudi Arabia had on Tuesday announced a 34-nation Islamic military coalition. This move was backed by the United States, which has been urging greater regional efforts to push back Islamic State, now in control of large parts of Iraq and Syria.

A list published by the Saudi state news agency included Nigeria, which is battling homegrown militants in the form of Boko Haram with other West African states. The group, which has pledged allegiance to the Islamic State wants to carve out a territory ruled by Islamic law.

Meanwhile, there has been confusion over the idea of Islamic military coalition as some of the countries named as members were caught unawares by the announcement.

Speaking on this development, Shehu noted that: “Nigeria has been formally invited to be a member of the alliance and President Buhari is looking into it,” adding that “A decision to join has not been taken yet. Nigeria is not in or out.”