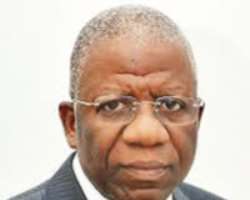 The Federal Government has concluded plans to implement the report of the Stephen Oronsaye's committee on civil service reforms in 2016.

The panel recommended the merger of some ministries and agencies in the federal civil service.

The government which said the implementation of the report would be preceded by employees headcount and management audit, had set up four committees to ensure the merger of the ministries and agencies.

They include the Legislation Committee to interface with the lawmakers on enacting enabling and supporting laws; Commercial Committee to implement agencies that will be commercialised, Staff and Management Audit Committee and the Merger Committee.

The Director-General of the Bureau of Public Service Reforms, a parastatal of the Presidency, Dr Joe Abah, stated this in an interview with journalists on Wednesday in Abuja.

Click here for details
Abah spoke during the public presentation of key publications on governance reforms, including 'Public service reforms in Nigeria (1999-2014). Other publications include 'A comprehensive review' and 'How to manage and reform agencies and parastatals'.

He said, 'Based on our projection for the 2016 budget, it will cost us money to implement the Oronsaye committee's report. That includes doing the management and staff audit across the country, amending the number of laws, merging a number of organisations and scrapping some organisations dealing with staffing issues.

'So, it is not a free or automatic thing. With the benefit of the new budgetary system that we have, we can make an argument proper and that is what we have done for 2016. The BPSR has proposed this to the Ministry of Budget and National Planning.

'In 2016, we look forward to better functioning Ministries, Departments and Agencies that can deliver better governance to Nigerians. We would like to assure Nigerians that government has the political will and technical capability to ensure that we attain the functional, equitable and peaceful Nigeria that we all expect and deserve.'

According to him, the implementation of the report of the committee was delayed because there was no provision for it in the 2014/2015 budget.

Abah added, 'If you want to carry out the staff audit of Nigerian Ports Authority in Lagos or the various River Basin Authorities, there was no budgetary provision to actually do the work. That is why the BPSR has now included that work in its 2016 budget proposal, with the hope that we will now be able to carry out the recommendations.

However, despite the shortcomings, the BPSR DG said government had given approval for the implementation of some portions which had been adjudged good.

He added that there was a steering committee of reforms' meeting held two weeks ago by reform coordinating bodies, where it was unanimously agreed to implement the issues that had been agreed to by the government.

'For instance, for the ones that have to do with management of staff audit, agencies, and parastatals, we have to start on that early next year (2016),' he stated.