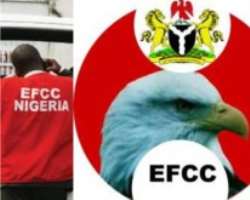 SAN FRANCISCO, December 17, (THEWILL) – The National Publicity Secretary of the Peoples Democratic Party (PDP), Chief Olisa Metuh, Thursday, faulted a media report wherein he was said to have raised an alarm on threats to his life because, according to the Economic and Final Crimes Commission (EFCC), he was being investigated on money laundering charges of transferring funds to key members of the PDP.

Describing the EFCC report as a media persecution, Metuh said it amounted to ‘mob lynching.’

A statement signed by Richard Ihediwa, Special Assistant to the National Publicity Secretary (PDP), said: “Our attention has been drawn to a publication in a national daily wherein the Economic and Financial Crimes Commission (EFCC) reportedly stated that the PDP National Publicity Secretary, Chief Olisa Metuh, raised an alarm on threats to his life because, according to them, he was being investigated on money laundering charges of transferring funds to key members of the PDP.

“This office indeed finds it curious and diversionary that Chief Metuh's public outcry against the federal government on threats to his life is now being replied by the EFCC with allegation of transferring money to party members.

“Whilst we will not trend with the EFCC in their well-designed media trial, we find their action a perfect example of media persecution and mob lynching.

“This agency has continued to flout the principles of rule of law and due process as obtained in other democracies where suspects are invited, investigated, prosecuted and punished accordingly if found guilty.

“However, it must be communicated that being in control of apparatus of power does not permit any administration to engage in violations, harassments and media persecution all in an attempt to hang charges on select individuals especially on account of political leaning.

“Nevertheless, on the issue of honesty, integrity and probity in the fight against corruption, it is imperative that the following issues already in the public domain be addressed;

Is it really true that Mr. President had collected his monetized statutory benefits from the government before reportedly collecting vehicles from the office of the National Security Adviser?

Is it correct to state that it is the Office of the Secretary to the Government of the Federation that dealt with the statutory benefits of the President as former heads of state in line with the convention and norm of dealing with past heads of state?

Is the collection by Mr. President from the Office of the National Security Adviser (NSA) a bit out of line in receiving benefits from government?

“Finally, while restating Chief Metuh's commitment to the PDP's total support for the on-going war against corruption, we reiterate the need to sustain the laudable democratic values that had been greatly enriched by the last administration.”