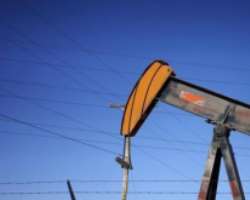 Oil prices fell as much as 2 percent on Thursday, with Brent trading not far from 11-year lows, as data showing fresh supply builds at the delivery point for U.S. crude futures added to worries about a global glut.

“Bearish fundamentals are hanging over the oil markets like storm clouds, with no break in sight or relief in the near future,” said Chris Jarvis, founder of Caprock Risk Management, an oil market consultancy in Frederick, Maryland. “The dollar is moving higher too.”

The dollar hit a 2-week high against a basket of currencies, making oil and other commodities denominated in the greenback less affordable to users of the euro among others.

WTI and Brent fell about 3 percent on Wednesday after government data showed a ramp up in oil supplies across the United States last week. A Federal Reserve interest rate hike, that should support the dollar, added to bearish sentiment in oil.

Speculation about an imminent end to a 40-year ban on U.S. crude exports has caused Brent’s premium to WTI to dwindle to around $1 per barrel. The premium was above $13 a barrel in March.

Goldman Sachs said in a note it would take a steeper market drop to push OPEC into coordinated production cuts.

“The price action is likely to remain violent, but the odds are on lower numbers,” said PVM Oil Associates technical analyst Robin Bieber. “Stick with the trend. It is not advised to be long.”