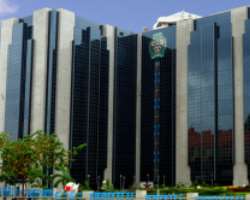 BEVERLY HILLS, December 17, (THEWILL) – The Central Bank of Nigeria (CBN) will cancel the weekly sale of foreign exchange to Bureau De Change dealers anytime from now, two sources familiar with the development at the apex bank have confirmed to THEWILL.

The officials told THEWILL that the bank would formally give a “forward guidance” on the new policy that is expected to frustrate the booming black market trading of foreign currencies nationwide.

THEWILL checks revealed that most authorized BDCs, who usually buy foreign exchange from the CBN at the official rate of about N197-$1, resell at the parallel market (black market) to end users at rates ranging between N260-270 to $1.

There are about 2578 authorised BDCs that participate at the CBN's weekly sale auction.

The CBN had in a circular this week outlawed the hawking of foreign exchange on the streets, a multi-decade practice in Nigeria's main cities. The law is effective on January 1, 2016, the circular stated.

“It shall be a ground for the revocation of licences should any street trader in foreign currencies be found to have any business relationship with a licenced BDC,” the circular added.

The CBN has been unable to continue its aggressive defence of the naira, which has seen the naira drop sharply from N160 to about N270 against the dollar within a year.

Nigeria has seen its foreign reserve deplete to about $29 billion following the sharp drop in the price of crude, its main source of foreign exchange.