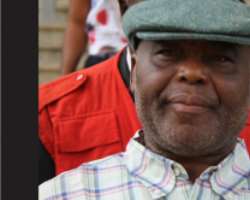 BEVERLY HILLS, December 16, (THEWILL) – After spending about three days in the Kuje Prison, Abuja, Chairman emeritus of Daar Communications Plc, Chief Raymond Dokpesi has breathed an air of freedom upon meeting his bail conditions as spelt out by the Federal High Court, Abuja.

The PDP chieftain is standing trial for N2.1 billion fraud in the arms procurement scam investigation. The trial judge, Justice Gabriel Kolawole had on Monday granted him bail in the sum of N200m, with two sureties in like sum. The two sureties must depose to an affidavit of means.

Dokpesi was also directed by the court to surrender his international passport, which will only be released to him after application to the court should he be required to travel outside the country.

The court registrar, who verified the landed documents of his trustees at the AGIS, confirmed the validity of the ownership of the properties put forwards by the media mogul's sureties.