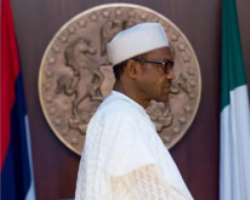 SAN FRANCISCO, December 16, (THEWILL) – President Muhammadu Buhari will address a joint session of the National Assembly on Tuesday next week to present the N6.04 trillion 2016 budget.

This follows an executive communication from President Buhari and read on the floor by Senate President, Bukola Saraki at Wednesday’s plenary.

This followed the adoption of the report of the Joint Committee on Finance, National Planning and Appropriations.

The upper chamber approved a crude oil benchmark price of $38 per barrel for the 2016 budget at an Exchange Rate of N197/$1 as well as daily crude oil production of 2.2 million barrels per day, as proposed by the President.