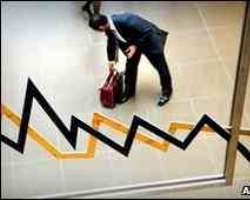 Greece is still regarded as a risky bet by investors

The interest rate charged by investors for ten-year bonds hit 7.6% – the highest since the euro was introduced.

European officials were due to meet in Athens earlier to agree the terms of a debt rescue package for Greece.

But the widespread disruption to flights has delayed the meeting until Wednesday.

The interest rate charged to Greece compares with a rate of 3% charged to Germany – regarded as the safest economy to lend to in the European Union.