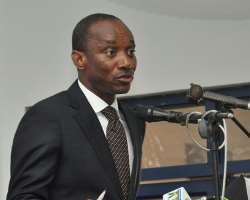 The Nigerian Electricity Regulatory Commission (NERC) said that after duly considering the various individual electricity tariff submissions of the 11 electricity distribution companies (Discos) in Nigeria’s electricity market, the new tariffs will be ready and signed off for use this week.

Though technical details of the new tariff structure have been finalized by the regulator, NERC said at a workshop in Abuja that a final regulatory meeting would be held in the week to conclude the process and then sign it off.

Speaking, its Chairman , Dr. Sam Amadi, said the regulator had held meetings with Discos to finalise on their respective tariff proposals.

He said that the commission had gotten feedbacks from both government the Discos and would now conclude the process.

He said : “We have gone to the Discos, gotten feedback, gone to government and gotten feedback. We have not finalised. In our view, we have basically done the crunching of numbers.

“It is not about tariff increase, it is also not about their financial outlaw. We have done the technical work, remaining the regulatory work. By next week, we should sign off on the new tariff.”

Amadi’s disclosure follows that of Minister of Power, Works and Housing, Babatunde Fashola who last week announced that NERC and the 11 Discos had been directed to meet and come up with what he described as a ‘fair market tariff’

Fashola had said that the new tariff was key to reliable electricity supply in the country and thus appealed to consumers to accommodate the incoming increase with some benefit of doubts on the government’s sincerity to enthrone a fair tariff regime in the sector.

He pointed out that a good tariff system guarantees good power supply and drew close analogy to what happened in the country’s telecoms sector when it was privatised in 1999.

Fashola stressed that the sector will eventually plateau to allow supply and tariffs gain commercial values.

He had said: “Without a tariff system, there will be no power. A fair market tariff is expected to be announced by the regulator after meeting with the distribution companies. When the new tariff comes, please conserve light. We must pay for what we consumer whether we like it or not.”

He also noted that the Discos must commit to certain key performance conditions in the area of providing prepaid meters; expansion of network, among others, in line with the proposed new tariff order.

NERC also noted that the revenue shortfall that accumulated with its freezing of the Residential 2 (R2) class tariff earlier in the year when it approved a cost-reflective tariff in the Multi Year Tariff Order 2.1 (MYTO) would be incorporated in the new tariff to enable the operators recover their cost of supplies to consumers.

One of its tariffs and rates officials, Aisha Mahmoud in her presentation disclosed this. She said: “We calculated the shortfall accruing to the freeze of the R2 and we incorporated it in the tariff because that’s part of the revenue of the operators and they have to recover it one way or the other.”

“So, the Discos have now included it because we said it is their tariff. So, it is part of the tariff going forward,” Mahmoud added.

Similarly, Amadi disclosed that the commission has would soon begin verification of accumulated debts owed to Discos by government’s Ministries, Departments and Agencies (MDAs) as well as military and police barracks, amongst other security formations.

According to the Discos, the debts owed for supply of electricity to these classes of consumers have overtime risen to now impact their operations.

Amadi said on this: “The last government through the SGF gave some instructions directing that the Accountant General’s office should be deducting at source when we wrote and complained about huge debts.

“Since then that has not effectively been implemented. But right now in the new tariff we have discounted those MDA debt from their collection losses with the commitment that it will be paid and government is working on that.”

“And the last time we were at the National Assembly, we proposed to the House of Reps a strategy that could in the future prevent any future accumulation of debt from government agencies.

“We said they should adopt the earmark strategy in the US, which means each MDAs budget should have clear earmark for paying electricity bills and those earmarks means you put in conditions that the money cannot be used for something else, if used for another thing it would mean a violation of the law.

“Also as part of oversight function, the National Assembly can now demand for certificate of compliance to be sure they have paid the bills. Each of the Discos have sent us how much they are being owed, a verification will be done to ascertain the bills and NERC will present a plan of paying the debt,” he said.

Meanwhile, the Presidency has intervened in the lingering dispute between Geometric Power and Enugu Electricity Distribution Company over the lease agreement granted to the 141 megawatts (MW) Aba Power Plant.

Amadi in his response to a question on the state of NERC’s intervention on the issue, said that NERC has developed a settlement plan which the Presidency was reviewing for adoption.

“I have been mandated to draw out a settlement plan. We have done that and completed it. It is now at the VP’s office. NERC’s framework is to be adopted and reviewed as an out of court.

“It is about recognising Enugo Disco as the landlord and Geometric as the lease holder. As their schedule allows them, they will call for the final meeting. It will be a win-win,” he said.