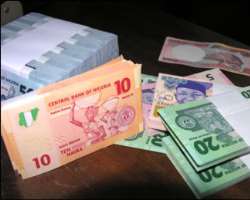 The Special Adviser to Benue State Governor on Local Government and Chieftaincy Affairs, Mr Titus Zam is poised to steal over N3billion from the bailout funds meant for the payment of workers salary arrears.

Recall that Benue State had accessed N28bn bailout funds made available by the Federal Government through the Central Bank of Nigeria, but decided to carry out a screening exercise to fish out ghost workers before payment.

However after a protest communique by organised labour, the Governor through the Secretary to the State Government, Mr Targema Takema, meet with the Nigeria Labour Congress, NLC, Trade Union Congress, TUC, and Joint Public Service Negotiating Council, JPSNC, 1, 2 and 3 yesterday and directed the immediate payment of salary arrears from the bailout fund to state and local government workers without prejudice to the ongoing screening exercise whose final outcome would be used in subsequent salary payments.

Mr. Titus Zam who is in charge of the screening exercise, today, opted to pay local government workers "top of table" meaning payment by hand as against the e-payment system previous been operational. By this, Mr Zam and his cohorts intend to pocket over N3billion accruing to the ghost workers of which over 10,000 have been discovered by the initial screening exercise and deleted from the e-payment system.

This development, it was learnt, has infuriated Governor Samuel Ortom who is away on pilgrimage, but the powers-that-be have impressed on Mr Titus Zam to go ahead with this plan.

It was also discovered that Mr Zam had frustrated the biometric screening exercise and sponsored protests against same in order to pave way for this massive loot.