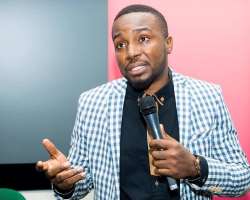 The Principal Partner of the African Achievers Awards, Rex Idaminabo has being honoured with a Special Award from the British Award for African Development at the British house of Parliament.

At a Private Parliamentarian Award Ceremony hosted by Pauline Latham MP and Jeremy Lefroy MP, and other UK Parliamentarians at Westminster, UK Parliament, Rex was decorated with the honour for his significant role in promoting African and Diaspora entrepreneurial developments as well as setting good models of business and development in the UK and Africa.

The Award, comes after Barr. Rex's successive commitment to gathering African Entrepreneurs and Development Agents at the annual African Achievers Awards to honour and celebrate their works relating to the development and sustainability of the African Continent.

He is also the co-founder of the Young CEOs Business Summit, which has being training young entrepreneurs across various countries around the world, and was ranked by Forbes among leading Young African Entrepreneurs in 2015.

The British Awards for African Development is a noted British honour that has being used to celebrate distinguished people who have excelled in business and development sectors.

In an exclusive interaction with Prince Akpah, Barr. Rex, noted; In his advocacy and Entrepreneurship journey God has been his source of inspiration and through him all things were made; without Him nothing was made that has been made.

He also dedicated the awards to the gallant African Achievers Awards Team.