Dokpesi under fresh investigations over N8.7bn received from Jonathan’s administration 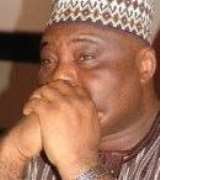 The Federal Government told an Abuja Federal High Court on Thursday that media mogul, Chief Raymond Dokpesi, former Chairman of Daar Communications, owner of African Independent Television received over N8.7 billion from the federal government on 27, January 2012 for the broadcast right of Nigeria hosting of the under-17.

Rotimi Jacobs (SAN) the prosecuting counsel in the six count charges of money laundering and violation of Public Procurement Act filed against Dokpesi by the Federal Government said this while opposing the motion on bail application for the media mogul by his lawyer, Chief Mike Ozekhome (SAN).

The prosecuting counsel told the court that government is investigating the receipt of the N8.7 billion from government coffers by Dokpesi because there is no evidence to show that it was a party to the broadcast agreement over which the DAAR Communications chief collected the fund.

He argued that granting Dokpesi bail may jeopardize the investigations. Ozekhome had earlier asked the court to grant Dokpesi bail on self recognition or on very liberal terms because the offence he was charged with are bail able. He also told the court that granting his client bail will enable him to go and take care of his health.

Ozekhome told the court that Dokpesi had planned to travel the day after he was invited by Economic and Financial Crimes Commission chairman, Ibrahim Magu to his office for interrogation over the sum of N2.1 billion he received from the office of the National Security Adviser.

According to him, the defendant had already booked appointment to see one Professor Boulous and had also bought his flight ticket as well as made hotel booking for the trip before he was invited and subsequently detained by the EFCC.

The Senior Advocate of Nigeria argued that health issue is a strong ground to grant an accused bail especially if he has not committed a capital office.

Ozekhome also argued that Dokpesi should be granted bail to enable him to prepare to undergo trial since he has been charged while noting that family members, friends and associates of the media mogul had difficulty accessing him while he was in EFCC custody. He also told the court that releasing Dokpesi on bail would enable him to attend the wedding of his son already scheduled for 17 and 18 December.

He described the claims that the DAAR Communications chief will interfere with investigations as mere speculative while also absolving him of charges of contributing to growth of insurgency in Nigeria.

While countering the Defence counsel’s argument, Jacobs said Dokpesi does not deserve to be granted bail based on the nature of the offence he was being tried for, the evidence available and the seriousness of the offence.

He also argued that though there is incontrovertible evidence that N2.1 billion was paid to the accused by the NSA as payment for an alleged campaign of Peoples Democratic Party, PDP between 22, January and 15 March 2015, the accused has continued to insist that he has no relationship with the office of NSA. He also added that even if there was a valid contract between the Office of the NSA and Daar Communications, there was no compliance with the Public Procurement Act, an act which he noted attracts seven years imprisonment as penalty.

Jacobs who faulted the documents presented by the defence counsel to back his claims that the accused was due for medical treatment abroad asked the court to enquire if the condition was such that cannot be treated in Nigeria before considering the bail application. Jacobs said the documents which include the flight ticket of British Airways and Letter of Appointment appeared to be procured for the purpose of the bail application noted they were obtained on 5 December when Dokpesi was already in EFCC custody. Ozekhome however faulted the claim as he affirmed that the ticket was procured on 3 December.

He noted that the 5 December was the date the documents were sent to his chamber. Ozekhome further argued that if the late MKO Abiola could be granted bail for treason on self recognition, there is no reason to deny Dokpesi who was charged, according to him with a lesser offence the same opportunity. He asked the court to allow the media mogul to go and receive medical attention because if he dropped dead, there would be nobody to try. After listening to arguments of the two parties, Justice Gabriel Kolawole defer ruling on the bail application to Monday, 14 December.

He also ordered that Dokpesi should be remanded in EFCC custody until Monday. The Judge said he needed time to study the processes filed by the two parties to the suits before he will arrive at his decision.

Dokpesi who was arraigned alongside his company, DAAR Investment Holdings Limited was accused by the Federal government, through Rotimi Jacobs, the prosecution counsel of receiving the sum of N2.1bn from the office of the National Security Adviser between October 2014 and March 19, 2015 for the Peoples Democratic Party’s presidential media campaign in breach of provisions of the Public Procurement Act, Money laundering Act and the EFCC Act.

He pleaded not guilty to the charges for which Justice Kolawole has already fixed trial for February 17, 18 and March 2 and 3.

Dokpesi was detained for some days after he was invited as part of the investigations of $2.1 billion arms procurement funds by the former National Security Adviser, Sambo Dasuki by the EFCC on 1 December.

The media mogul agreed that he received the sum of N2.1 billion from the office of the NSA for the media services provided by his office to the then ruling PDP in the run up to the 2015 general elections by his media outfit