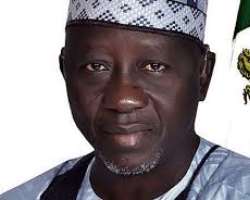 Ranking relatively high in childhood killer diseases among the seven North Central States, the Nasarawa State Government has been urged to prioritize investment in Child and Family Health.

This appeal was made by Dr. Adeleke Oluwaseun, Program Manager, Health Reform Foundation of Nigeria (HERFON) in Abuja.

According to the paper titled: ‘Presentation and Advocacy key Asks’ : "the partnership is working to improve Government’s understanding of challenges that confront child and family health and solicit Government’s intervention to address them by fulfilling policy, budgetary and administrative commitments.

Meanwhile , the Partnership for Advocacy in Child and Family Health (PACFaH) said it has adopted advocacy as a key strategy, activity and overall approach in tackling problem of poor policy compliance, budgeting and administrative frameworks to advance child and family health in Nigeria.

The head of the delegation and PACFaH Project Director, Dr. Mohammed Saleh, disclosed this during the CSOs meeting with the Nasarawa state deputy governor, in Lafia, Nasarawa State.‎

According to Dr Saleh" the Health Reform Foundation of Nigeria (HERFON) is tasked to anchor the key issue of Family Planning (FP) in three (3) focal states of Kaduna, Nasarawa and Oyo states by addressing; Lack of budget line for FP services; Untimely releases of funds for FP services; and Poor accountability in funds management for FP services in the states".

"To attain the objective of the project in the three states, HERFON initiated a study to track FP budget allocation and release for 2014 and Scan of FP administrative implementation systems and identified regulatory barriers in each of the states, and Nasarawa state was revealed to have made budgetary allocation with no fund release for FP services in 2012, 2013 and 2014".

"The expected outcome of this visit was to facilitate the adequate budgeting in terms of allocation and release of funds for FP services in the state, which will translate to better child and family health to be evidenced with the reduction of maternal mortality rate and other related concerns" he added.

In his response, The Deputy Governor of Nasarawa State, Hon. Silas A. Agara applauded PACFaH for selecting Nasarawa state as one of her focal states.

He stated that the state government had ensured that all primary health care (PHC) facilities are coordinated and operational under the SPHCDA under the PHCUOR initiative.

He expressed willingness and commitment on the part of the state to ensure that all allocated funds are released as budgeted, but hindered due to low revenue and economic situation.

On the presentation as presented by the Dr. Adeleke Oluwaseun, the deputy Governor concurred with the statistics as an eye opener that requires the urgent attention of the state health managers to be challenged in addressing the issues and the need to proffer lasting solutions.

He further emphasized on the state government's commitment to Health and education, in spite of the dwindling economic situation to roll-out result oriented outputs in the next 6 months.

The Deputy Governor also called on the legislators to re-address relevant polices hindering the agency from performing optimally, and to seek the support and cooperation the Local Government from which some PHC have been taken.