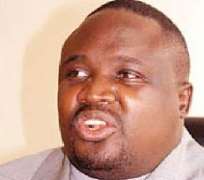 The office of the deputy governor of Bayelsa State presently finds itself wedged between a rock and a hard place. This is according to a highly placed source in the deputy governor's office who asserts that a potent quagmire sets on the person of Deputy Governor Ebebi. And the situation appears dire.

On December 19, 2008, a Bayelsa State Government payment voucher was issued to the head of administration, Deputy Governor's Office, Abataru for the amount N150million. The voucher was signed by the director of treasury, Mr H. A. Ikdbho. A FINBANK Cheque with number 034768864 was then issued dated December 18, 2008 for the amount N149,966,000 after a deduction of N34,000. [click here to view voucher].

As tabulated in Table 1, the deputy governor's office received an average of N120million monthly for the overhead management of his office. [see original tabulation].

Adding muster to the near financial criminality by the deputy governor is his activity during the period the Election Tribunal nullified their offices. In April and May of 2008, the government of Sylva/Ebebi was nullified by the tribunal courts – and as a result the deputy governor's office was not existent. However the deputy governor managed to collect over N150million from the treasury on April 29th 2008 and May 10th 2008.

The Bayelsa State deputy governor's little known excesses, according to reports, did not end at his misuse of office overhead. It over pours into abuse of supposed travel allowances in the amount of N50,941,801.00. Available information indicates that the deputy governor did not retire any part of the N51million travel allowance he collected from the Bayelsa coffers.

It is hoped that in the renewed spirit anti corruption battle which the EFCC has engaged, particularly with the ascension of Dr. Goodluck Jonathan to the position of Acting President, that the EFCC will extend its reach the office of the deputy governor to investigate the possible financial crimes committed in the said office.