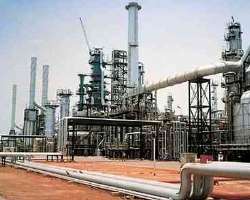 'We have settled batches A and B,for January and February and we are now processing the March claims for payment,' Ibikunle told our correspondent in an interview on the telephone on Tuesday.

Ibikunle, told our correspondent that the market was being supplied that quantity of petrol daily.

Until now, it was widely believed that the nation was consuming 32 million litres of petrol per day.

The Federal Government had spent about N2tn on fuel subsidy in the past five years and with the deregulation policy not yet implemented , the expenditure is still increasing.

Former Finance Minister, Dr. Mansur Muhtar, disclosed that the cost of subsidy payments on petroleum products between 2006 and 2008 was over N1.2tn and over N600bn in 2009.With the spending of a fresh N26bn on subsidy in 2010, the expenditure is already in excess of N2tn.Although, Acting President Goodluck Jonathan, had met with oil industry stakeholders and discussed deregulation issues with them, analysts said that the Acting President might not be able to muster the will to implement the deregulation policy moreso that the country is getting close to holding another elections.

Activities in the country were paralysed for over three months by a cyclical fuel scarcity that started in late 2009 and continued till February 2010.The scarcity then was caused by oil marketers' withdrawal from fuel importation because of government's delaying of payment of their subsidy claims.Before their withdrawal, they were supplying 53 per cent of the average daily national petrol consumption while the Nigerian National Petroleum Corporation was supplying 47 per cent.

However, government paid up most of the backlog in February and since then, marketers had resumed importation. However, analysts have been arguing that Nigeria needs to take concrete steps to ensure that it refines most of its fuel needs locally.This situation suggests that for the country to be self-sufficient in fuel supply it must bring back into operation the combined refining capacity of all the refineries put at 445,000 barrels per day and also work assidiously to double the capacity.

The Port Harcourt refinery, which is the biggest with a capacity of 210,000 barrels per day is still down while the Warri and Kaduna refineries are said to be operating at 60 per cent capacity.

An energy analyst and Chairman of International Energy Services, Dr. Oladiran Fawibe, said in an interview with our correspondent recently that the best way to run the refineries should be through the joint venture model being operated in the upstreaam.

'I have always advocated a joint venture whose management will be in the hand of the private sector like in the upstream. The operatorship should be in the hand of the majors or international investors, provided government can get them to invest. That was the model of the first Port Harcourt refinery, where the Federal Government had 60 per cent stake and Shell BP had 40 per cent, with Shell being the operator. They should follow that model and it may be the end of the problem.

He added, 'However, the question is; will they leave the operatorship in the hand of the private sector? Government cannot give that kind of autonomy needed to run refineries efficiently to the NNPC. Running of refinery requires autonomy in management and cost effectiveness.'

Also, a former Group Executive Director of the NNPC and the first Managing Director of the new Port Harcourt Refinery, Mr. Alex Ogedegbe, advocated that government should sell most of its stake in the refineries to the private sector and retain 25 per cent with NNPC.

According to him, ' All over the world, the best practice for the ownership and operatorship of successfully run petroleum refineries is by competent private companies. Even communist countries are no exception to this general rule. Nigerian petroleum refinery industry started in 1965 only in the private sector and was efficiently run for the first 10 to 18 years.'

He added, 'The intervention of the Nigerian Government in the refining industry in the mid 1970s was justifiable because the international oil companies reacted to Organisation of Petroleum Exporting Countries' decision to take controlling equity (60 per cent) in the member states. The IOC's curtailed new investment in the sector at the time it was most needed, to substantially increase local refining capacity to meet the greatest increases in local demand.'

Ogedegbe said, ' However as soon as the three new refineries at Warri, Kaduna and Port Harcourt were completed and were initially running satisfactorily, the Federal Government should have by 1995 relinquished its majority shareholding( ownership) to competent private companies to operate, and manage as profitable and efficient businesses. That would have been the best way to guarantee the production to meet ever increasing demand for long term sustenance. Unfortunately this is yet to happen.'

He added, 'Between 1975 and 1990 when the Federal Government took over from the private refiners at the old Port Harcourt refinery and constructed three new refineries, each new refinery worked well and produced as designed, with Nigerian workers under expatriate training and supervision. By 1990 , with the commissioning and successful operation of the latest new Port Harcourt refinery, the local demand for white products (Petrol, Kerosene and Diesel) had been met by the supply from all the local refineries.

To the extent that export of petroleum products from the new Port Harcourt refinery in 1990 was valued at $124m plus local product supply valued at N4bn. The corresponding values for 1991 were $156m plus N5bn.'

For each new refinery built by the FG, two years worth of spare parts and other critical items of operating consumables were always purchased with the original funding. Therefore it was relatively much easier to operate the new refinery as only limited funding was required from the Federal Government in the first few years of operation. Therefore the interference from Government during those first few years was minimal. Hence the refinery with new equipment, systems, well trained and contented staff usually ran well and produced as planned with few problems.

But as the operating years ran into three, four and five the problems began with under funding and worse the delays in the release of even the smaller amounts approved by the Federal Government. Slowly but surely the lack of adequate and timely maintenance began to take its toll on the availability of equipment and systems for smooth and continuous operation. The plant on-time efficiency began to reduce and capacity utilisation which in PHRC averaged 95 percent in 1990 fell to 80 percent in 1993. By the year 2000 it had fallen to about 55 percent. This had been the same pattern for Warri and Kaduna Refineries from inception. Since 1995 to date NNPC has reportedly spent over USD1 billion on rehabilitation and major repairs without much to show for the expenditure.

No refinery that is 100 percent Government OWNED and OPERATED can escape the BUREAUCRACY and unhealthy INTERVENTION of government. With due respects to the current management of NNPC, all the many attempts in the late 1980's up till 1995 to find solutions (reorganisations and systems etc) failed due to the reasons given above. A refinery can only be run successfully by a private and competent owner as a profitable business.