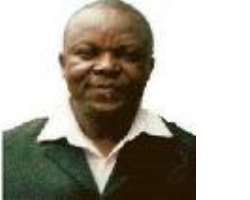 · �for his good works of charity, and
· �his role in tourism growth
And now abideth faith, hope and charity, these three; but the greatest of these is charity (I Corinthians 13:13). The life of a man consists not only in seeing visions and in dreaming dreams, but also in active charity and willing service.

THE Vice Chairman of the Senate Committee on the Federal Capital Territory and The National Patron of National Association of Disabled Persons in Nigeria, Senator Anthony Agbo, has praised The Synagogue Church of All Nations (SCOAN), for its contribution to Nigeria's development, especially the Federal Government's re-branding efforts.

The Senator stated that the SCOAN and its pastor, Temitope Balogun Joshua, have contributed immensely to tourism development in the country.

Agbo, who represents Ebonyi North Senatorial District, said no institution in the country, Nigeria, has attracted as many different people from all over the world to Nigeria, describing Joshua as the greatest brand any country can ever wish to have, even as he called on other wealthy citizens and organisations to emulate the Pastor's worthy example.

The Senator, who said he watched the church's television, Emmanuel TV and saw all efforts by the man of God to alleviate poverty, explained that the number of foreigners who trooped into the church made him think about any other spots in the county that could attract such as influx of foreign nationals to Nigeria.

Prophet TB Joshua is indeed a cheerful giver and one with a difference. This man of God is really doing a great job of charity by assisting the less privilege not just in his Nation but in the world at large. He is indeed an icon to reckon with when it comes to charity. His ministry is not just preaching the bible, healing and delivering the unclean, but also spreading the gospel of charity to the less privileged.

The senator also disclosed that though it was not too long he stumbled upon Emmanuel TV, he has become addicted to it more than other news channels, pointing out that the influx of citizens of different countries from many continents to benefit from healing and the un-paralleled charity works of the Synagogue made him happy to be a Nigerian.

The Senator from Ebonyi State, Agbo, also spoke of an award of excellence.

Senator Agbo said, “He clothes, feeds and rehabilitates them. Mother Theresa of Calcutta got the Nobel Prize and highest award in India. From what I have seen on Emmanuel TV within the last months, Pastor Joshua deserves a national award; not only for his charitable works, but to glorify God. It is not for him as a person but to God for giving this gift to Nigeria and Africa.”

According to TB Joshua “If you meet people like that, and you are in position – you have to help,” He further explains, “You can move freely, and he cannot move freely. You are to do something. If you see people like that and you close your eyes, you are closing your eyes to the blessing of God. If you are blessed and you want to maintain it, without being a good giver – you are deceiving yourself, you cannot maintain it. This is why you get there and you fall back.”