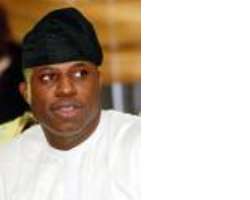 By Philip Nyam and Adesuwa Osunde, Abuja
The House of Representatives has denied allegations that three of its members are on the run after been invited by the Economic and Financial Crimes Commission, EFCC for their involvement in a N5.2 billion Rural Electrification Agency (REA) contract.

Meanwhile, the leadership of the House of Representatives has been mandated by the members of the House to investigate allegations of forceful ejection of Fulani's from Wase Local Government Area of Plateau by the state government and report back within one week.

Speaking with the press yesterday after the adjournment of plenary, chairman of the Media and Public Affairs committee, Hon Eseme Eyiboh stated that though there have been speculations in the media that three members of the House are on the run, the House is not aware since all members were on ground.

He said, “We have gone through our nominal roll and nobody is missing. Nobody is on the run. It is either they are on oversight, in committee assignments or in the House. We have called and no one is missing.”

Eyiboh added that as an agency of government, it is not unlikely that the anti-corruption body could have extended an invitation to the legislators in question if that is what is required to aid their investigation.

The spokesperson of the House however added that if any member of the House is found culpable of involvement in corruption acts under the guise of the legislature, the House would not hesitate to invoke the penalties in the House Rules appropriately.

“If the allegation was done in the name of the House committee, we will invoke the appropriate rules against the member”, he said, adding that “if anyone in his official capacity decides to do something which is outside the purview of law, it is unfortunate”.

The chairman emphasized that to the best of his knowledge, there was no official invitation extended or sent to the leadership of the House to release any member to the EFCC.

It will be recalled that there were reports yesterday that the senate committee chairman on power, Senator Nicholas Ugbane was arrested by the EFCC on allegations of being involved in the REA contract scam while three members of House wanted in connection with the case had taken to their heels.

Also yesterday, during the plenary, the House advised the Plateau State government to stop further expulsion of Fulani's pending the outcome of investigation by the lawmakers into the matter.

This decision was taken after an executive session that lasted for over one hour. Following the resolution at the executive session, the motion sponsored by Hon. Idris Ahmed (AC, Plateau) and 84 others, was not debated but was only amended and subsequently passed unanimously.

In amending the motion, the lawmakers noted that Fulani's were being forcefully evicted by the state government to other states in the country since the 27th of April this year. This, they added, is a contravention of sections 41(1) and 42(1) of the 1999 constitution which guarantees freedom of movement and right to freedom from discrimination.

They added that at a time when the state is just recovering from a crisis that destroyed lives and properties, it is worrisome that the state government could be heading towards creating another crisis if left unchecked.

“If the action of the state government is left unchecked, it is capable of breaking the fragile peace in the state with a possible consequence of spreading to other parts”.

Explaining while there was no elaborate debate on the motion, Hon. Eyiboh said the House took the decision to avoid divisions. Meanwhile, still at yesterday's sitting, two bills scaled through second reading. they are a bill for an Act to authorize the provision of certain welfare benefits and health services to every woman pregnant with child gratuitously and to require the compulsory immunization of every child against communicable diseases, and a bill for an Act to provide for additional powers and functions for the office of the Auditor-general for the federation.