ALLISON MADUEKE TO REAPPEAR IN UK COURT IN APRIL 2016 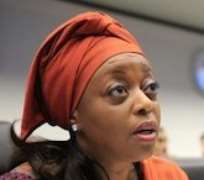 According to our sources the case was heard and she is to appear in court April 2016. The case and its investigation is giving 6 months by the authority.

The investigation according the NCA website has been on-going on allegation of offences relating to money laundering by Diezani Alison-Madueke and four others by the UK National Crime Agency (NCA).

Ms. Alison-Madueke, a close ally of the immediate past present, Dr Goodluck Jonathan has been in the PDP government for more than 8 years as minister handling various portfolios.