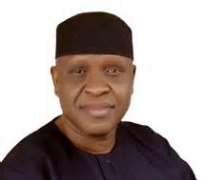 The Governor of Delta State, Senator Ifeanyi Okowa lost his cool on Saturday October 3 when some PDP Chieftains decamped to the APC in Delta State and promptly instructed his entire media team including the social and New Media to devote sufficient time in attacking the solid personality of APC Delta April 11 governorship candidate, Olorogun Otega Emerhor.

A statement by Emerhor's Media Director, Dr Fred Latimore Oghenesivbe said in response to the order a damaging article was crafted by Mr. Onyiye Olomu, a core member of Okowa New Media team titled - "EMERHOR: HE SOWED ONLY THE UNPREDICTABLE WINDS SO WHY WONT HE REAP AN EQUALLY RAPACIOUS WHIRLWIND?"

He said the author of the said article made frantic but demonic efforts to strangulate Emerhor's solid personality which he nurtured to an enviable height as a successful banker, experience Insurance guru and turn-around expert, adding that the core focus of the new order is to dent the political pedigree of the APC Chieftain.

Oghenesivbe further asserted that it is for the best interest of Gov Okowa and the PDP, for the government to reverse its decision otherwise the APC Media Directorate will have no option than to strategically and consistently respond to the satanic articles.

He said Gov. Okowa's decision to assassinate the character of his principal is not only irresponsible but a pointer to the fact that the governor is a crude and frustrated politician who will never repent in the practice of jungle politics.

APC Delta media directorate is equal to the task should the government of Delta State consider it necessary to engage the APC and its candidate in character assassination through the mass media. We are pretty sure that the governor will take a deep look at the consequences of his directives and do the needful otherwise the media will soon be flooded with unpleasant political utterances which may generate unnecessary tension and insecurity in the state, the statement added.