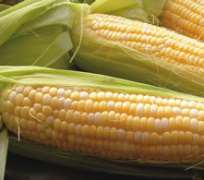 Maize, known in some English-speaking countries as corn, has a lot of health benefits which include controlling diabetes, prevention of heart ailments, lowering hypertension and prevention of neural-tube defects at birth.

It is known to be a large grain plant and the most populous grain the world has ever known which is domesticated by indigenous peoples in Mesoamerica and Africa as well.

The leafy stalk produces ears which contain the grain, which are seeds called kernels are the most commonly consumed part of the vegetable, the kernel also helps to hold the majority of the corn nutrients.

It can appear in various form depending on the specie and the region it is planted,.The sweet corn is a specie of corn that contains alot of sugar and less starch in the nutritive material.

Corn is said to be very rich in vitamins A, B, E and many minerals, its fibre content helps to prevent digestive ailments like constipation and hemorrhoids as well as colorectal cancer while the antioxidants act as anti-carcinogenic agents and prevent Alzheimer's disease.

Its rich in phytochemicals and help to protect the body from chronic diseases.It contains 342 calories per 100 grammes. When consumed ,it helps in adding of weight.Also the high calorie content makes it vital for the survival of dozens of agricultural-based nations.