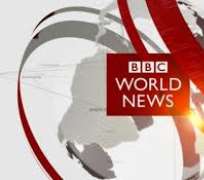 Writers from around the world are invited to submit their scripts as the 25th International Radio Playwriting Competition opens for entries today.

The global competition, hosted by BBC World Service and the British Council, in partnership with Commonwealth Writers and co-producers The Open University, offers the unique opportunity for playwrights to use the medium of radio drama to reach an international audience.

A third award – the Georgi Markov prize – celebrates the most promising script from the competition’s shortlist in honour of BBC World Service journalist and writer Georgi Markov (1929-1978). The winner of this prize will also travel to London for the award ceremony and spend two weeks with BBC Radio Drama and BBC World Service.

The previous competition attracted entries from a record 86 countries. To mark the 25th competition, The Ravensby Alana Valentine – the winner of last year’s English as a First Language prize – will broadcast again on Saturday 3 October on BBC World Service.

Mary Hockaday, Controller, World Service English, said: “This competition gives writers around the world the opportunity to have their radio plays heard by a truly global audience. International stories and compelling story-telling in all its forms – whether drama, news or documentaries – is at the heart of the World Service. I’m really looking forward to hearing what this 25th competition inspires”.

Neil Webb, Director Theatre and Dance, British Council said: “I am delighted that the International Radio Playwriting Competition continues to provide a platform for talented writers from around the world and I look forward to this year’s entries”.

Lucy Hannah, Programme Manager, Commonwealth Writers said: “The power of storytelling combined with the reach of radio make for a winning combination. We value our ongoing partnership with the International Radio Playwriting Competition and look forward to the new insights into the world that it brings each year”.

Dr Derek Neale, Senior Lecturer, The Open University Faculty of Arts said: “Creative Writing is a vibrant subject area at The Open University, with courses from beginner and undergraduate, to MA and PhD level. We are thrilled to collaborate with BBC World Service in this important and unique competition, encouraging and supporting talent internationally.”

The International Playwriting Competition welcomes scripts from anyone outside the UK, whether established or new writers. The dramas need to be 53 minutes long and can be on any subject. The closing date for entries is midnight (GMT) on 31 January 2016. Further details on the competition, including T&C’s and how to enter, are online at: www.bbcworldservice.com/radioplay .

Social media users can keep up to date with the competition on Facebook and join the conversation on Twitter using the hashtag #BBCPlay.