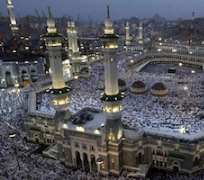 The Nigeria Labour Congress wishes to commiserate with the families of the 767 Muslim faithful who died in a stampede on the way to Jamrat Complex (Stoning Site), Mina, Saudi Arabia.

Our special condolences go to the families and loved ones of 54 Nigerians who were among the dead. We pray for the repose and admission of their souls to heaven.

As painful as this incident is, we believe it is predestined. Accordingly, the victims should be seen as martyrs who gave up their lives in worship.

We advise that the 805 injured amongst whom were 61 Nigerians, be given urgent and best medical attention that they deserve.

Managing a mammoth crowd, sometimes in excess of two million people during every annual pilgrimage is no mean task and the Saudi authorities are deserving of commendation certainly.

However, with over 1200 deaths ( earlier deaths caused by a crane mishap), the 2015 hajj ranks amongst the most eventful in recorded history of hajj.

We are shocked and completely at a loss by the extent of the losses this year.

Accordingly, we call for a thorough investigation of the two major incidents that led to these deaths.

In order for transparency and re-assurance, we urge that countries whose citizens perished in the two incidents be made members of the body of inquiry.

But most importantly, perhaps, time has come for the Saudi authorities to review their crowd control management techniques and administration of hajj, generally.