A New Federal Ministry Of Justice In Nigeria 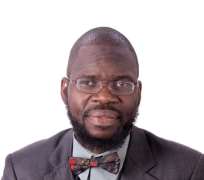 It is time to call and put pressure on the National Assembly to reconstitute, widen and empower the Federal Ministry of Justice as we move beyond the widely described “anything goes” government which ended in May of this year.

In light of the Saraki case, Nigerians ought to express pride in the Federal Ministry Justice as it suddenly took a stand and fought against misuse of judicial power which for far too long has gripped the jaw of the judicial process in our legal system.

The Federal Ministry of Justice on behalf of the people of Nigeria was able to use its full constitutional power to start the arraignment of the Senate President, Bukola Saraki, who is charged with acts of corruption.

Mr. Sakari’s attempt to initially play the game of OCIS meaning the Odili Court Injunction “Standard” failed as the prosecution counsel, M. S. Hassan, successfully convinced the hearing judge, Umar Danladi, at the Code of Conduct Tribunal, to ignore an interim injunction by Ahmed Mohammed of an Abuja Federal High to stop the trial.

Thereafter, the Nigerian people saw Saraki, who was under the threat of an arrest warrant, as he appeared at the hearing where he entered his plea in the accused box. The rule of law worked this time!

For far too long and in recent years, the Office of the Attorney General Federal/Ministry of Justice (MOJ) showed an image of prosecutorial inactivity, helplessness, docility, timidity, weakness and obtuseness.

The independence of the judiciary has been reportedly stained by politics, corruption and inadequacy to the extent that we are now mocked globally, but all that is about change under the present government.

Now that we see the MOJ exercising a more effective voice on behalf of the people and our young democracy its legal functions and responsibilities need to be refurbished to enable it to fully align with our presidential system of government. This will allow the office of the Attorney General of the Federation/Ministry of Justice to serve fully as the leading legal agency in the nation.

If it is to provide a more operational, transparent and responsive criminal justice system for the public, it needs to become more modern and comprehensive in all of its duties and functions.

At the request of the Buhari administration the National Assembly will need to move further into the 21st century in terms of responsibilities, duties and organizational power.

With a simplistic look and 20th century appearance, the MOJ currently plays a functional and supervisory role on matters surrounding the Nigerian Law School, Trafficking of Persons, Copyright, Drug Law Enforcement, and other traditional areas.

As it is now, the MOJ cannot be described as fully exercising its full criminal/civil justice roles as done in modern societies in terms of 21st century definition and description of a chief law enforcement body.

In order to better ensure a powerful, fair and impartial administration of justice for all Nigerians and foreigners in the nation, we need a new and bold MOJ with the blessing of the legislature and initials of the President.

A 21st century Federal Ministry of Justice with the power to enforce the laws across the nation should have under its direct supervision agencies, divisions and programs that involve such matters as terrorism, drug offences, weapons and money laundering, fraud, official abuse and misconduct, Civil right abuse and Environment/Natural disaster matters.

The MOJ should become the direct supervisory hand of the government over the Economic and Financial Crimes Commission /the Independent Corrupt Practices and other Related Offences Commission (which needed to be merged a long time ago).

The MOJ will need technological support in order to make it completely functional, followed by adequate budgeting to enable it to maintain and improve Nigeria's system of law and justice and its national security.