The Reflection - a flash fiction story from a renowned author/writer 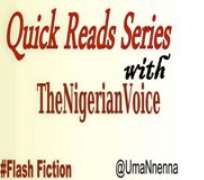 I have been sitting in front of my mirror as a ritual everyday for the past three months. Every time I see the reflection, I have to remind myself I did the right thing.

For years it had reminded me that I am not what I think I am. I always wondered if someone made a mistake by putting me in the wrong jacket.

Priscilla was slender, straight legs, a face like an egg, tiny waist with a soothing voice, and no doubt one of the popular girls in school. We took classes together and even did assignments together which made me believe we were friends, and that I was accepted by her.

“Priscilla,” I had called walking up to her after the school’s general assembly. “I would like to also join the team.” She was recruiting new members for her dance group and I really wanted to be a part of them, but nothing had prepared me for the response I got.

“Sorry Jane, it’s for girls only.”

I was shocked, and confused. I pondered on what she meant for weeks even though I knew why. It was the same reason a group of girls from our neighbourhood had laughed at me in a dress. Everyone calls me a girl, but laugh when I try to be one.

“Ms Jane, please come in” the nurse had called. It was just me.

I followed her into the large white room. The sliver weapons shimmered under the light. I undressed and lay on the bed, closing my eyes and convinced that when I woke up I would have the right jacket.

It’s been three months since the white room. My new jacket suits me perfectly. No one would doubt or joke that I was what I wasn’t. The jacket now fits who others see and who I see, but why do I not feel happy?

The doctor said it was fine to start school again and I wish my parents would change my school instead, but I had asked for too much already. Asking everyone call me Joe and the little confusions. My heart still skips at the little slips.

“Jane....Erm, sorry Joe.” they would often say, neighbours and friends made such mistakes too.

“It’s okay.” I would respond with a smile because I know it’s difficult for them.

I have a new wardrobe. Clothes I wore in rebellion were now stocked freely in my wardrobe, but I feel odd each time I stand before anyone in them. Maybe it’s because it’s no longer Jane being a tomboy but Jane actually being a boy.

If nature made a mistake, it should be corrected, at least I thought so.

Everyone is pleased with the results, but I am afraid that I may have lost. I have the right jacket but I still don’t feel at ease. Could losing those extra pounds have worked? Maybe I should have tried at being the original, before changing the jacket.

Did someone really make a mistake, or did I just make one?

“Joe! Daddy wants you.” Celine said with half her face in the doorway and withdrew. Everyone is careful around me. I have also gotten lots of praises, but I can never admit that when I am alone these days, I fear I am neither Jane nor Joe.