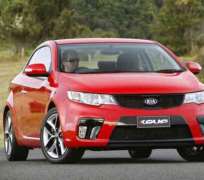 The Mariner comes in two trims — the base model and the Premier, which adds several features. It is also available as a hybrid model, which is reviewed separately.

It has some desirable attributes, particularly in the technology arena with optional features including a rearview camera system, Active Park Assist (for parallel parking) and an integrated blind spot mirror.

'The Mercury Mariner, which shares its platform with the Ford Escape, continues with many mechanical improvements aimed at more power, better fuel economy and better drivability,' says Cars.com.

Auto reviewers have praised its stylish look and well-thought-out storage features. For instance, Edmund says its 'Satin-finish metallic accents and available leather upholstery create an upscale ambiance.' USNewsandRanking, however, notes that a few reviewers have criticised the quality of cabin materials.

But it adds, 'The 2010 Mariner does very well in (US) Federal Government crash tests. The Mariner's list of safety equipment has grown substantially with the addition of several new features including Active Park Assist. Its reliability score shown is the Predicted Reliability rating provided by J.D. Power and Associates. 'This score is based on trending the past three years of historical initial quality and dependability data from J.D. Power's automotive studies, specifically the Vehicle Dependability Study and the Initial Quality Study. Mercury supports the Mariner with a three-year/36,000-mile bumper-to-bumper warranty.'

It is credited as having fortified engines. The 240-horsepower V6 is bested by segment luminaries like Toyota's 268-hp Rav4 and Chevrolet's 264-hp Equinox, but it's powerful enough to move the Mariner around with decent verve.

The vehicle's fuel economy is solid too, with the front-wheel-drive four-cylinder model delivering a respectable 20 mpg city and 28 mpg highway.

The availability of Ford's Sync system is another strong selling point, particularly with the new 911 assist and GPS functions (traffic reports and turn-by-turn directions) that run through your paired Bluetooth phone.

The vehicle's new Auto Park system that blissfully takes the guesswork out of parallel parking, standard MyKey (which allows parents to set electronic limits for vehicle speed and stereo volume for their teenage driver), excellent crash test scores and the availability of a hybrid model (reviewed separately).

However, the problem with the 2010 Mercury Mariner is that it's an 'on-paper' kind of vehicle. It has a lot of strengths, but spend some quality time with the Mariner and you'll realise that Mercury has not taught this old dog enough new tricks.

In the area of performance, the 2010 Mercury Mariner is available with either front- or all-wheel drive. The base 2.5-litre inline-four generates 171 hp and 171 pound-feet of torque, while the uplevel 3.0-litre V6 cranks out 240 hp and 223 lb-ft of torque. Both engines are paired with six-speed automatic transmissions.

Its other safety features include antilock brakes, traction control, stability control, front-seat side airbags and full-length head curtain airbags with a rollover sensor.

The Mariner earned a perfect five stars from the government in both front and side crash tests. In Insurance Institute for Highway Safety testing, the Mariner scored the highest rating of 'Good' in the frontal-offset and side tests.

The 2010 Mercury Mariner feels reasonably secure during quick changes of direction, and its ride quality is pleasantly supple.

Performance from either engine is satisfactory, and the six-speed automatic transmission provides smooth shifts. Braking distances are unacceptably long, however, and in general the Mariner lacks that extra dynamic something that would distinguish it from other compact SUVs.