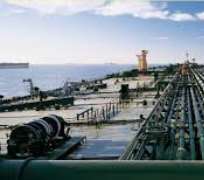 President Muhammadu Buhari may have realized the enormity of the task which fighting organized crime is. Fraud, graft, terrorism and oil theft constitute the most recurrent kinds of organized crimes peculiar to Nigeria. A distinction between crime and organized crime is that while the former is executed by persons with lower intellectual capacity, the later is such serious business that it requires input and involvement of persons who are well grounded in the line of business along which the said crime is to be committed. When crime is organized it is because it normally would involve series of back up crimes cleverly executed to cover up the existence of the main crime.

The Yakuza gang in Japan is about the largest crime syndicate in existence at a point. It is a collection of several armed groups united for the single purpose of committing a special kind of crime against the state. These different gangs have unique origins and are only loyal to a central leadership structure.

A group of quasi – legal businessmen from the 18th century; notorious for their gambling habit started the group with an original intent to provide themselves with some form of protection against their rivals. By the 19th century, the Yakuza expanded and became interested in nationalistic and militaristic ideologies and politics. To gain more recognition, it courted and sought alliances with prominent politicians who utilized them to assassinate rivals, blackmail prominent business leaders, intimidate trade union leaders amongst other heinous crimes. To attain a level of influence in the circle would require series of aptitude tests and panel interviews.

The Yakuza syndicate was never recorded to have made an inroad to Africa but several cells operated and still operate in some countries utilizing methods similar to them. In Nigeria, the illicit trades in crude oil stands out but there are indications that President Muhammadu Buhari did not recognize the signs before he emerged President almost 4 months ago. His utterances during the visit of Faure Gnassingbe, Togolese President to Abuja to invite Nigeria to a regional security summit says that much.

President Muhammadu Buhari says about 250,000 barrels of crude oil is stolen every 24 hours in Nigeria. This translates to an incredible 91,250,000 barrels every 356 days. The volume of funds involved here is mind blowing. If this is a fact, it can be concluded that perpetrators of this crime are members of a large syndicate narrowly similar to the Yakuza. Like the Yakuza, they cannot be stopped unless government takes deliberate steps to restore confidence in the mind of persons who complement their activities.

This procedure of reducing the activities of illicit crude oil dealers is simpler and more cost effective. The Niger Delta has suffered tremendously since oil was found there. Several environmental disasters have occurred which range from gas flaring to oil spillage. Rivers are polluted, farmlands cannot be tilled anymore. The implication of this is that the economic strength of natives who are mainly subsistent farmers and fishermen has shrunk significantly. Some of the affected persons have resorted to aiding the activities of large criminal organization whose line of trade is oil theft for survival. Over time, these accomplices have become essential members of the cartel from the outside. Unless their links to the cartel is broken, the cartel will thrive.

Segun Adeniyi gave a bigger account of the modus operandi of members of this large syndicate and how they are aided by natives some of which are kids in primary school and itinerant traders, fishermen and farmers. The plight of an average Niger Deltan resident by the creek side is pitiable. To say they live in unimaginable penury is to be modest. That kind of society gave the Yakuza syndicate leverage to grow and expand in Japan.

Today, the strength of the group has reduced. The government did not make very serious efforts to curb them because it understood they weren’t mere criminal or thieves. They were in-fact an organized entity created and empowered to carry on business in the line of crime. What did the Japanese government do?

The government radically developed the slum and ghetto regions. The government built schools, science laboratories and entrepreneurship development centers. They provided residents with financial lifelines to enable them lead more decent lives. States where prominent ghettoes were located received grants to demolish the slums; replacing them with factories. Suddenly, everyone has a new reason to stay alive. Once this was concluded, citizens of Japan who would pay through their nose to be initiated into the criminal organization as hit men, drug couriers, informants, dispatch riders and stalkers stopped looking forward to such opportunities.

President Buhari should learn from this system and fight oil thieves using the method. They are not mere oil thieves, they are an organized crime syndicate with vast contacts everywhere including within our security circles and parliament. The presidency may not be immune.

This is how to fight organized crime.
Ezeani, Chukwunonso Elvis is an avid thinker, reader & researcher. He tweets @NonsoEzeani1