Moelogo Debuts Video For Maleek Berry-Produced ‘Do You Love Me’

By We Plug Good Music 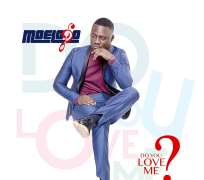 With his new single ‘Do You Love Me’ causing quite the stir this summer, and garnering strong support from the likes of BBC 1Xtra, Capital Xtra, Bang Radio and Beat FM among leading tastemakers, UK-based Afrobeats star and 2015 NEA Awards nominee Moelogo has just unveiled the highly anticipated music video for the Maleek Berry-produced single, premiered via VEVO.

Directed by Ini (InneX Pictures) and Chas Appeti (Krept & Konan, Ghetts, Lethal B), with cameo appearances from Capital Xtra’s DJ Abrantee and Maleek Berry, the ‘Do You Love Me’ visuals tell a gripping and rather poignant story about betrayal, jealousy, revenge, but most importantly love, using the infamous H. Jackson Brown Jr. quote “sometimes the heart sees what is invisible to the eyes” as its inspiration.

Along with the release of new visuals for ‘Do You Love Me’, Moelogo has also announced the first leg of his UK nationwide autumn tour, taking place this October, with dates in Glasgow, Nottingham, Loughborough and Leicester. The British Nigerian singer, songwriter and musician has also promised two new singles, which will coincide with the start of his string of October shows.

From his last single ‘My Sweetie’ released via Island Records, to his breakthrough track ‘Pangolo’, to last year’s underground hit ‘The Baddest’ featuring UK Rap veteran Giggs, Moelogo has continued to push the envelope for Afrobeats music in the UK, and is one of the leading British artists at the cutting edge of the genre. Enjoy the visuals for his latest offering ‘Do You Love Me’ below.

Watch Moelogo’s ‘Do You Love Me’ Video on VEVO: