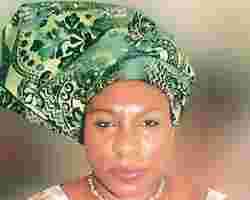 Close associates of Ogun State Governor, Otunba Gbenga Daniel, are strategising to unseat those perceived to be at loggerheads with the governor in order to re-arrange the political equation in the state.

An investigation by our correspondent on Tuesday revealed that Daniel's close allies had perfected plans to contest the seats currently occupied by those said to have given strong support to the group of 15 legislators in the state House of Assembly, which had engaged the governor in a long standing face-off since May, 2008.

Besides, Senator Iyabo Obasanjo-Bello, representing Ogun Central; Senator Lekan Mustapha (Ogun East) and four of the nine members of the House of Representatives from the state are reported to have aligned with the parallel executive council, set up by some elders of the Peoples Democratic Party in the state.

It was learnt that as it appeared that all avenues to resolve the lingering impasse had failed, the governor's camp concluded that it would be better to raise candidates, who would be able to contest against and displace some incumbent lawmakers.

Our correspondent learnt that the Chairman, Abeokuta South Local Government, Mr. Yanju Lipede, is receiving strong support to contest the PDP's ticket for the Ogun Central Senatorial slot against Obasanjo-Bello, who is the current Chairman, Senate Committee on Health.

Lipede, who spoke with our correspondent in Abeokuta on Tuesday, did not confirm if the report about his plan was true, but confirmed that he was going to contest for another office different from the chairmanship of the local government, which he currently occupies.